Guide Gallery Discussion
First things first Used Engine oil is a known Carcinogenic medium so do your best to avoid direct contact with your skin wear suitable gloves and wash skin well with hot water and soap when finished ..

Also its a known pollutant and a criminal offence to dispose of oil down the drain it must be disposed of safely and legally
For your nearest disposal point (for oil and filter) look here: http://www.oilbankline.org.uk/ Or call 08708 506 506 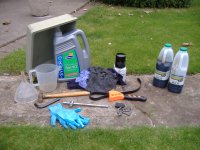 Oil drains better if the car is warm so take it for a short run prior to draining.. ( I pre-soaked the drain plug with penetrating release oil 24 hours prior to removal)

First raise the front end of the car safely... 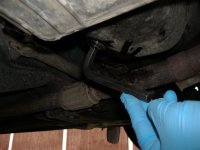 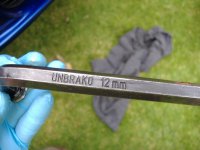 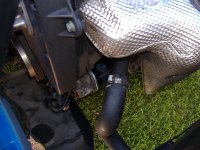 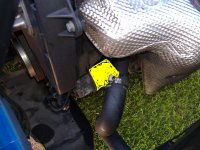 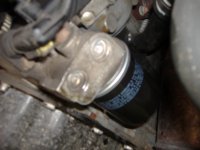 Mine was removable by hand but you might need a oil filter remover ((it unscrews anti clockwise))...

Move your drip pan under the filter to catch the oil which is remaining in the filter
Try not to drop it into your oil pan :bang:


Now let the car drain for a while 30 mins later i still had a slight trickle so the longer the better It goes without saying DO NOT START THE CAR WITH NO OIL IN!
Once you are happy there is no more oil left to seep out retrieve and wipe clean the drain plug, oil filter area and sump with a rag

refit the sump plug snugly nipping up with the 12mm alan key.. (there is no sump plug washer or seal to replace its a tapered thread which seals itself when tight)

Next get your new oil filter... give the Rubber seal a wipe with some fresh oil and screw on hand tight.. 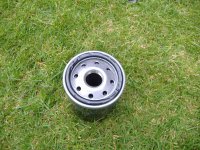 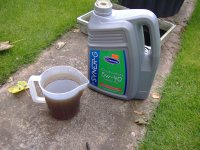 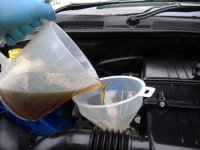 Next get in the driver’s seat and start the car ((DO NOT REV THE CAR)) you will notice the Oil pressure light stays on for about 5 seconds then should go out.