Guide Gallery Discussion
Note - this will only lower the rear of the seat, lowering the front would take much more heavy engineering, involving cutting down the seat base and drilling new holes.

Things you'll need:
First thing you'll need to do is remove the plastic trim from both seats, best to start with the donor so you can lean where the clips are without wrecking a seat you'll need. The FSM is incorrect on this and I think they changed the design a few times so removing the plastics is a matter of playing it by ear.

Remove the adjuster lever (3x torx screws) and carefully pry off the seat back adjuster with some big screwdrivers. 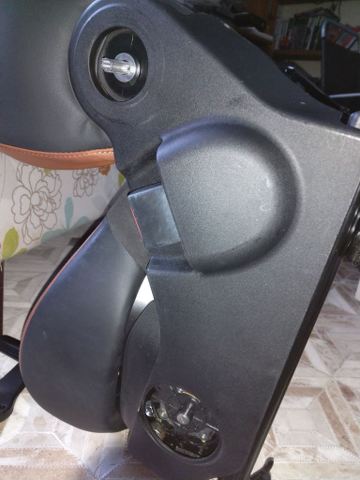 Turn the seat upside-down and undo these two 10mm bolts, and slide the seat base free (be careful you don't damage any cables attached to it) 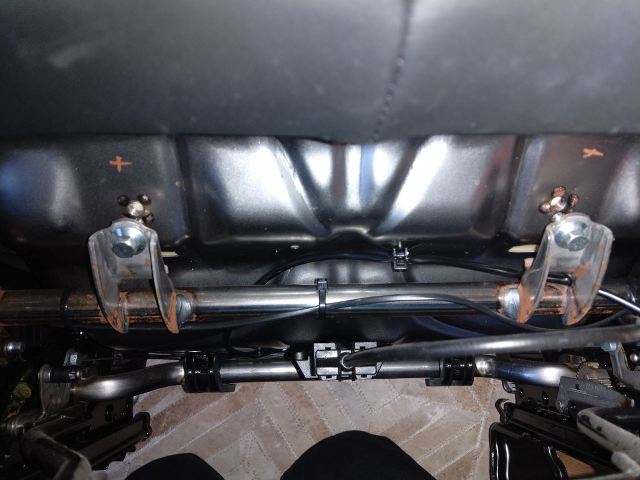 Then it's a matter of wriggling and prising the plastics free, the FSM is no use at all for this step and I haven't worked out how to fit / remove them without a lot of swearing, but the below pic gives an idea of where the clips are: 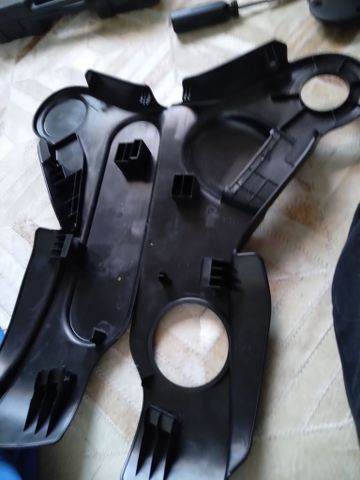 Next stage is to undo one of the Torx screws in the seat back; if you do the side away from the seat release cable it'll save you a lot of faffing. Be careful - the screw is held in with thread locker so will take some force and it's easy to damage the thread. You'll also need to use thread locker when you put it back in: 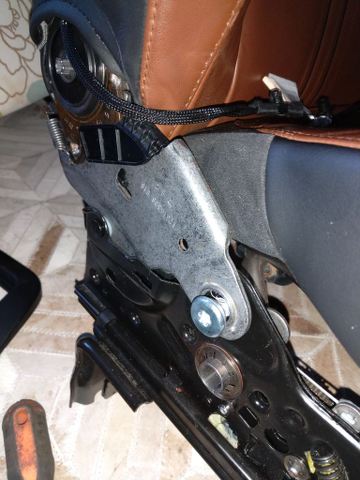 Once undone you should be able to free one side of the seat base from the back with a little wriggling. Make sure you keep the little white U shaped bits of plastic - they stop the seat back rattling. Remove the ties securing the cables to the passenger's seat base rails.

Once this is done, unbolt the seat base rails from the donor driver's seat, and prise off the big clips on the rear rail (be careful not to damage them, you'll be needing them later). 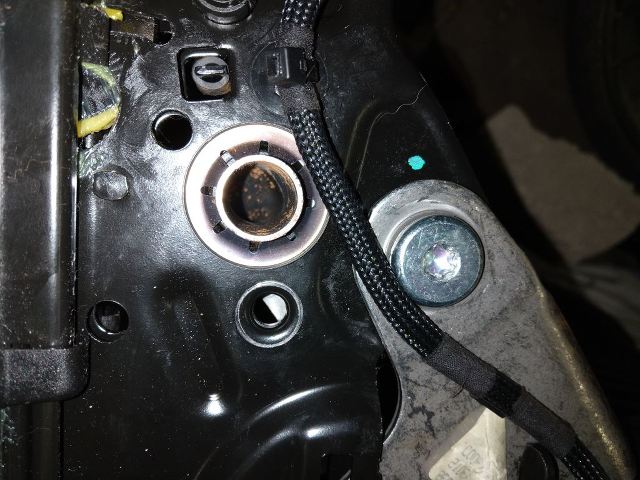 You'll then be able to split the donor seat base after undoing a couple more small torx screws. Discard everything (including the adjuster lever) and just keep the two rails.

Unbolt the two rails from your passenger seat: 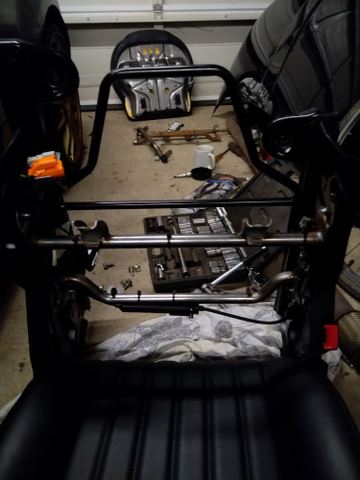 And split the seat base frame after disconnecting any cables. Fit the two rails from the donor driver's seat, and refit the clips to the rear part using a hammer and large socket.

Reassemble the frame, and then there's only one other step (might be wise to do this before fitting the replacement rails) - cutting off a lug which fouls the seat adjuster cable. 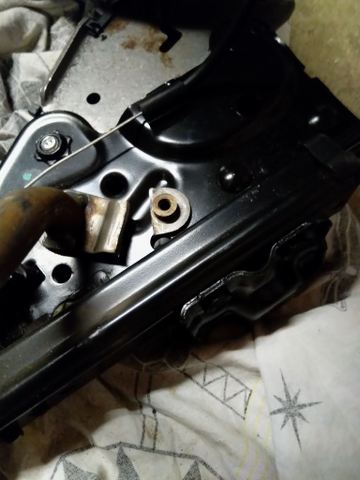 Once this is done, refit the bolt holding the back to the base with loctite, refit the plastic trim (even more of a faff than getting it off) and refit the seat base.

There will be no adjustment and it'll sag to the lowest possible position, but it gives a good 4cm lower at the rear of the seat. Note - front is unaffected (the 500 seat base front just pivots) so this will suit people with long legs more, but it's about the best you'll get for improving headroom without going aftermarket or cutting your seat up... 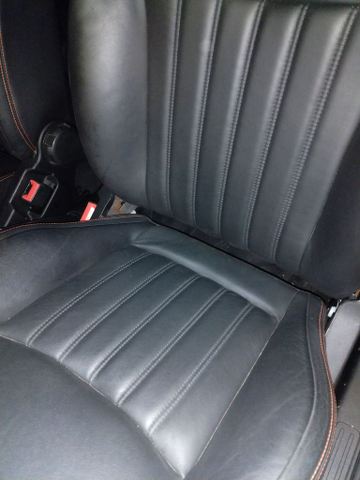