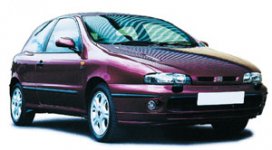 
British motorists tend to think of Fiat as a maker of small cars — Panda, Uno, Cinquecento, Seicento and Punto spring to mind. As a result, cars like the Escort-sized Bravo and Brava hatchbacks tend to get overlooked, even though they are soundly designed modern models. And the Marea medium saloon and Weekend estate, which are mechanically similar to the Bravo/Brava, lag well behind the market leaders in terms of recognition. Lack of familiarity, plus heavy discounting of new models, makes this Fiat quartet a cheap choice as family cars.

The Bravo/Brava/Marea/Weekend design is a triumph of "platform engineering". After the engine and gearbox, the most expensive part of a car is the "platform"; the floor of the car that everything else is attached to. To reduce costs, car makers can build a number of different models on the same platform. This is what Fiat have done: despite appearances, Bravo, Brava, Marea and Weekend all share the same platform and have an identical 2540mm wheelbase.

To keep things simple, this article refers mainly to the Bravo. Unless stated, the comments apply to the other models, too.

Reliability and quality
Long ago, Fiat had a reputation for rust. But that's far in the past. Bravo is built to a high standard, just like Tipo and Punto. As for reliability, the first Punto has proved to be the equal of German rivals. So you shouldn't have any worries about the Bravo¹s basic reliability; in fact, some AA vehicle inspectors own Weekend estates.

Safety is also good, especially if you can find a car with the optional passenger airbag. On the down side, it's easy to break in, although the key-controlled immobiliser is fairly effective.


1.2 16v and 1.4 12v engines
The basic Bravo originally had a 12-valve 1.4 engine. Some camshafts have needed replacing at around 100,000 miles because the oil feed pipe gets blocked; this may be due to careless servicing. When the engine is warm, open the bonnet and listen. If you detect a noticeable rattling from the top of the engine, reject the car.

In early 1999, the 1.4 engine was dropped in favour of a 16-valve 1.2 unit. The new engine is closely related to the FIRE engine from the Uno and is likely to be highly reliable. Replacing the 1.4 so soon suggests that Fiat felt they could do better. So if your budget allows, go for either an early 1.6 or a 1.2 16v in preference to a 1.4.

Five cylinder engines
Fitting the five cylinder 2.0 155 bhp unit into the Bravo must have been a bit of an afterthought; it only just fits the engine bay, leaving no room for replacing the cam belt and other servicing jobs.

If you find a high-mileage car with invoices for a new cam belt, clutch and water pump, buy it! Five cylinder models offer excellent performance and value, but they are likely to be hard to resell. And if the cam belt change is coming up, don¹t buy unless the price is rock-bottom.

Diesel engines
The early diesel Bravos are competent but unremarkable. The five-cylinder Marea TD 125 is fast but thirsty for a diesel; not recommended.

Far better are the four cylinder JTD105 and five cylinder JTD130 launched in February 1999. These have a Unijet common rail fuel system. Fuel is injected directly into the cylinders, giving very good performance and outstanding economy.

Tests to Carry Out 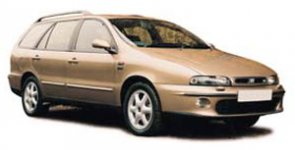 Tests to Carry Out​

Engine checks
On all engines, make sure the the cam belt was changed at 72,000 miles, if the car has reached that figure. Some independent Fiat specialists recommend changing the belt at 40,000, just in case so after purchase, make sure you get the belt changed sooner rather than later.

Locate the radiator expansion tank. It's at the side of the engine compartment in front of the driver on early cars; on post-99 cars it's right at the front, ahead of the passenger. Make a note of the fluid level, you'll need to recheck it later.

On more expensive models, check the leather steering wheel trim, and only buy if the amount of wear seems to match the claimed mileage.

Warning lights
ABS brakes are standard on the more powerful models, optional on the rest. Switch the ignition on and look for the amber ABS light at the right hand end of the row of warning lights. If it comes on, it should go out again almost immediately. If it comes on later when you're driving, the ABS system is faulty and it's safest to reject the car.

If a red warning light with an exclamation mark comes on at the same time as the ABS light, do not drive the car and certainly don't buy it; the electronic braking device is probably faulty.

Finally, look for the red fuel injection light in the left middle of the row. If it comes on and stays on, the fuel injection system is in get-you-home mode and the car should only be driven for short distances. Don't buy; the exhaust catalyst probably needs replacing and there may be an expensive fault with the injection system as well.

Road test
You'll probably find the seat and driving position very comfortable. Both were designed at the University of Loughborough, and even drivers with bad backs usually find them acceptable.

Although firm suspension helps roadholding and handling, it does produce a busy, noisy ride. If comfort is a high priority, Bravo isn't for you.
On a bumpy bit of road, listen for rattles from the front of the car. These are quite common on early cars and are caused by wear in the anti-roll links. Budget £70 per side to get them replaced.

Listen also for interior rattles and squeaks especially on early cars, although not all models suffer equally. The Brava tends to be particularly bad for random noises. If need be, try several cars and see if you can find one that drives reasonably quietly. Revised 1999 models are better, while careful DIY work can quieten an early car as well.

Check the audio
Bravo has an integral radio/cassette player in the upper dashboard. It¹s an elaborate set-up and the unusual cassette flap is fairly fragile. Ask the seller to demonstrate that the system works and check that the cassette flap retracts properly. A replacement audio from Fiat costs around £260; though you can fit a non-Fiat one for less. Top models have audio controls on the steering wheel; check they work correctly.

Warm engine checks
You need a test drive of at least 10 miles to get the engine really warm. If the car drives well and you're considering buying, lift the bonnet to check the fluid level in the expansion tank when you get back to base. Then re-start the engine and leave it running with the bonnet shut, until you hear the whoosh of the radiator fan coming on.

If the engine boils before the fan comes on, or the fluid level has fallen while you are out, don't buy. The engine has probably overheated at some time and the head gasket has probably failed already — an expensive fault. Looking round the bodywork Consider the colour there are some weird and wonderful shades available, especially the fashionable off-beat metallic colours on Bravo/Brava. If you fancy one of these, do remember that a car in last year¹s colour may be hard to shift in the future.

Check carefully for dull paintwork and crash damage. Modern Fiat paintwork is very good, so any sign of body damage or paint deterioration means rejecting the car. And take a close look at the large, vulnerable bumpers.

On the Marea Weekend, the centre section of the rear bumper folds down to give better access to the luggage area. Check it folds down easily as it's vulnerable to crash damage. Check the luggage area carefully as well particularly on diesels, which may have been used for long distance courier work or similar. The luggage bay trim does not stand up very well to this sort of use and the luggage cover is not very robust either.

Expect to buy a bargain
Before deciding to buy, check in Parker's for the right prices to pay. Don't be impressed by huge quoted reductions on list price because they're very misleading. And even then, try negotiating the price downwards it's not easy to find a buyer for any car at the moment, let alone a for a Fiat range that looked pretty good when launched but has now been left behind, even after the recent update, and which is due for replacement next year.

Remember also that Fiat have never been able to build a stable network of dealers. So before you do a deal, make sure there's a good Fiat specialist nearby for future servicing and parts, just in case your local dealer decides a franchise on another make would be more profitable.

This is particularly important within the M25, where all Fiat dealerships are owned by the Pendragon Group (although they operate under various different names). This cosy arrangement means you might get a better deal elsewhere in the country. In addition, rumours in the trade suggest that another dealer group is on the verge of stepping in so the dealer network in the London area might be about to experience a big shake-up.

Doing the deal
Before agreeing to purchase, check that the seller has the dark red (burgundy) coloured master key and the blue slave key ready to give you. The keys are interlinked with the car electronically, and it could cost you up to £1,000 for replacements. Don¹t accept delivery without getting BOTH keys in your hand first.

Finally, don¹t be too hung-up on mileage. For a start, the electronic mileage recorder on the Bravo (and any other car) is very easy to alter. So only believe what it tells you in the service book, confirmed by a phone call to the previous owner.

But as long as there's a good service record and the bodywork and interior are fine, it¹s safe to buy a high-mileage car. Fiat engines and gearboxes have always been good for 150,000 miles plus. And if you're comparing a Bravo with a similarly-priced Korean or Malaysian car, go for the Fiat every time. They're better cars, and spares will always be cheaper and easier to get hold of, especially outside the dealer network.

Check the following items on the car before purchase, listed is their expected budget should they need replacing:
REJECT ANY BRAVO IF:

Model for model, the boldly styled three-door Bravo actually costs more to buy used than the rather frumpy looking five-door Brava. Bravo is the better car to drive, too, and there are fewer around.

The most basic Bravo was the early 1.4 S model, identified by its unpainted plastic bumpers.

Revised Bravo and Brava models from February 1999 can be identified by their one-piece radiator grille. Earlier cars had a 'two nostril' nose. The Marea stuck with the one-piece grille.

Apart from the grille differences, there were about 1700 detailed changes. As a result, the current versions of Bravo and Brava are better to drive, with interiors of better quality and fewer rattles and creaks. What's more, despite being 200cc smaller, the new 82 bhp 1.2 engine is more powerful than the old 1.4 unit.

Largest member of the family is the Marea Weekend estate, although its luggage area is noticeably smaller than in a Mondeo. Four-cylinder 1.9 diesel Weekend models will probably hold their value better than any other model in the Bravo family.
Reactions: lee69, Most Easterly Pandas, pleinichen and 3 others
Share:
Facebook Twitter Reddit Pinterest Tumblr WhatsApp Email Share Link