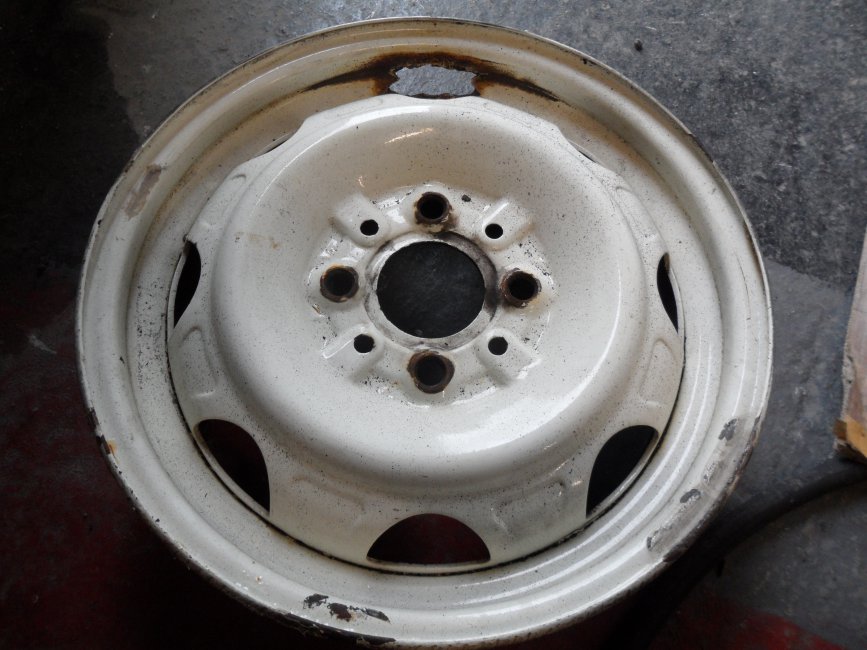 Starting this thread for Gavin (Palio) as the car is with me for work at the moment. Gavin, feel free to back fill details of history. It's a very nice example, especially considering it's 120,000 miles. It's with me primarily for bodywork. The roof has been resprayed, tailgate was rusty in the corners so has been replaced with a good used one I had, and the offside front wing was rusty so has been renewed.

I've also sorted the rear brakes which had seized wheel cyls. It turned out that the rear brake hose was blocked, when I tried to bleed the brakes the pedal was solid even with both rear nipples removed! It's not surprising the cyls. were seized, they probably hadn't moved in ages.

Another surprise was when I changed the tyres.

It came to me fitted with 165/80/13's, how they didn't foul anything I don't know. The tread was great but the side walls were badly cracked so they all had to be renewed. Gavin went for the same Nankang M&S's I used for Barbara's 4x4 (165/70/13's) as I found they were great around Scotland. The surprise came when I removed one of the old tyres. All wheels had tubes in bye the way...... As the valve pulled out of it's hole the wheel just crumbled!!!

The spare had the same problem but on a much much smaller scale. I was able to weld up and remake the hole on that one.