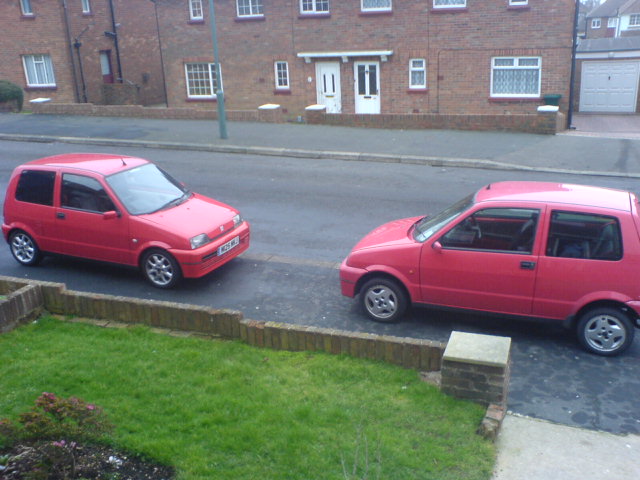 Well went to collect it at 9am! Need to get my Abarth Stuff sprayed up as these bumpers are properly pink! Car was faded but bought a buffer thing and spent about 5 hours T-Cutting and cleaning all over! Now brought up nice and red...
Bought the alternator... £70 Had to cut belt to stop the burning smell and drove it home, all good.. had HG in 2003, £2k spent last year on nearly everything possible!
Really nice people, took it off ebay even though it had 6 days to go and it was £103 already
No Rust at all, going to get a Sei Abarth interior if i can find one as the Drviers seat is starting to go floppy by headrest!
Fitted Stereo, Front Kenwood speakers, ran wires for subs etc to back
Their first meeting Hayleys Mint Yello'un and The Twins At The Dealership So funny, everyone that walked/drove past was staring and smiling!