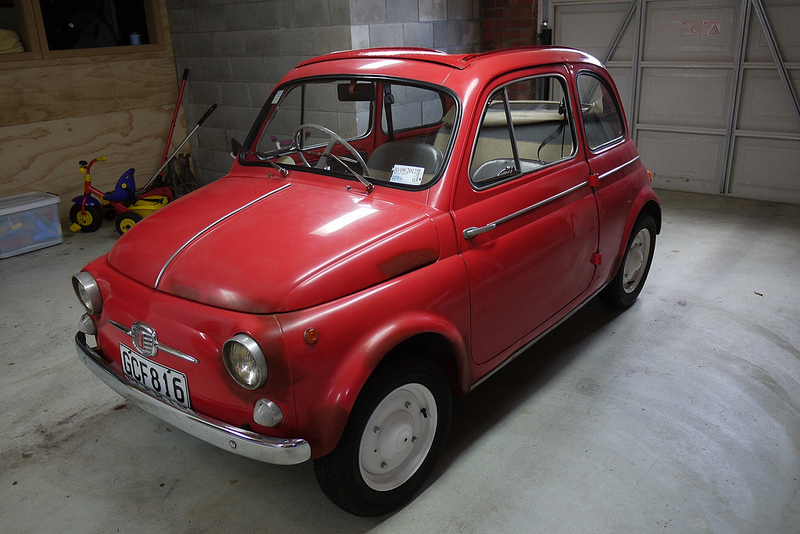 Hi all, I have learned a huge amount from threads on this site, so now my own resto is underway I thought I should start my own thread. I don't guarantee I can add an insight, but hopefully I can offer some inspiration!

I've never restored a car before, but have done a few old vespas and recently completed a nut and bolt restoration on an old moto guzzi, so am pretty confident I can have fun with this car and hopefully do a good job.

I bought the car in about October last year through an online auction. It was in a different city so I didn't view it first. A friend had a quick look and I took a bit of a leap of faith. I's a 1963 D model, which has had the rear roof unbolted to make it a "Transformable" of sorts. The existing roof just used the standard roof frame and some extra cross bars. You had to fold it back by hand but it worked well enough. The car ran well and I had a blast driving around for 3 months of summer.

It was pretty obvious the car had rust but I ignored this while I had fun. Earlier this year the car failed its warrant of fitness test so it was time to go and see my mate Dan, who's a panel beater, and figure how bad the rust really was. The pics here show some of what was in the sills and floor. The car had a "makeover" in about 1990, and was probably quite god then, but 22 more years on the road and the rust had slowly done its job. Front panel, battery ray, drivers door, floor, inner and outer sills all needed replacing...

Faced with either a full resto or a trip to the dump I decided to save the car. And so the learning curve stated! I'll post up soon with some pics on whee the panel work has got to so far, some details of the fiat 126 donor I found and some of the work I've done on the rest of the car while the panel gets done.