Guide Gallery Discussion
Okay... so firstly you will need some LED strips or a neon bulb witch ever you fancy.. i got mine from halfords for £10 (just for quickness) but they are good and very bright! You will also need some wire i used normal house hold wire as it would be harder to fuse out etc.. you will need a 3 amp inline fuse and wire connectors to put all those wires together...

Right so to start off, the LEDS i got come with an attachment for the cigerette lighter so i took them off all 4 LEDS then i set to work with taking the interior light out, its real easy to take out (i used a key ring) and it just pops out.. from there i put the house hole wire threw the lining and down the passangers pillar (not sure if its a or b but pics will show) and then from there i pushed it down the side of the dash so it falls under the passangers foot well.. i then took the plastic door sills off too feed the wire from the led stris to the front of the car (for the back seats you may not want to do them but its personal choice)

once you put the LED strips into position etc make sure there is enough wire for the seat to go back and forth (up and down drivers seat) so if u move your seat it doest rip the wire out the led strip! now you want to think about wireing it all up..

i worked from the back of the car forward and connect to the power last (saves dissconnecting battery) now.. you need to twist all the wires together and add them into the connector block so you will have 4 posative wires to the 1 wire witch will be the one side of the inline fuse and then the other 4 in the other hole onto the negative wire on the house hole wire... now you need to solder the other side of the inline fuse to the posative of the house hold wire.

Now its time to tidy those wires up! i just bundled the cables up under the pasangers foot well and cable tied them all up and put them nice n neatly tucked away (oh before re assemeling the car.. make sure they all work )

Job is done now stand back and admire the lighted foot wells when you open your doors pics are below.. if its helped hit the thank you button or if your stuck on something PM me and i will get back to you with what you need to know! :slayer: 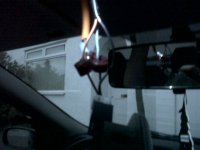 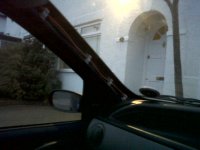 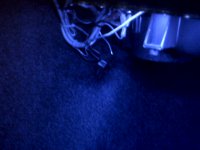 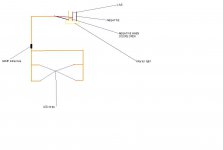