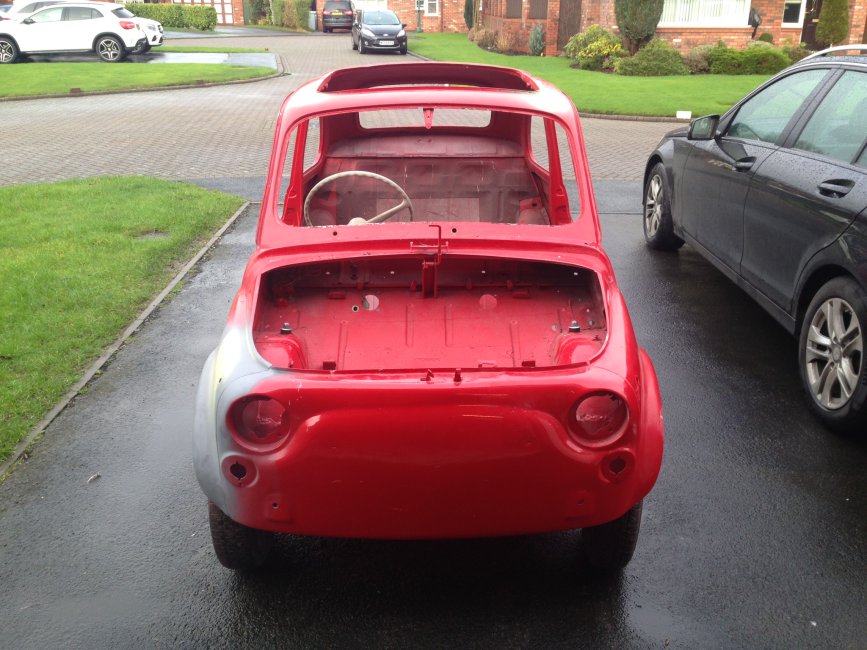 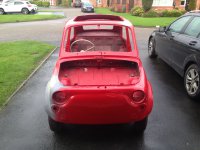 Hi all Fiat fans,
Attached are photos of my RHD 1967 500, bought it back in 2004 as a bag of bits, but the body had been sand blasted and resprayed, but this was over 10years ago, it had sat in a garage collecting dust.

Jobs done so far, all the front and rear suspension rebuilt, engine rebuilt (650), has been on it side for the past year (thanks Colwyn50 for the inspiration), had a few personal problems so not as far gone as hoped, but I hope to have the car on the road for my daughters prom in late June.