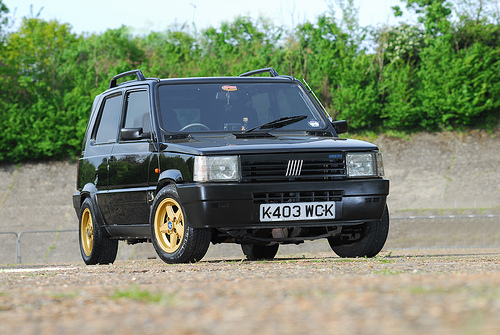 Heres 'Baz' the Panda Van, coverted with the van rear end about four years ago, yet have owned the van end for some time, its been on a number of cars !
As for baz, he's lowered with compomotive wheels and has a metalflake steering wheel. Future upgrades include completely binning the fuel injection and adding a 1242cc (which i'll build when money allows) set up on a carb.
Photo is courtesy of Michael Ward from Auto Italia, for which I am eternally gratefull !!