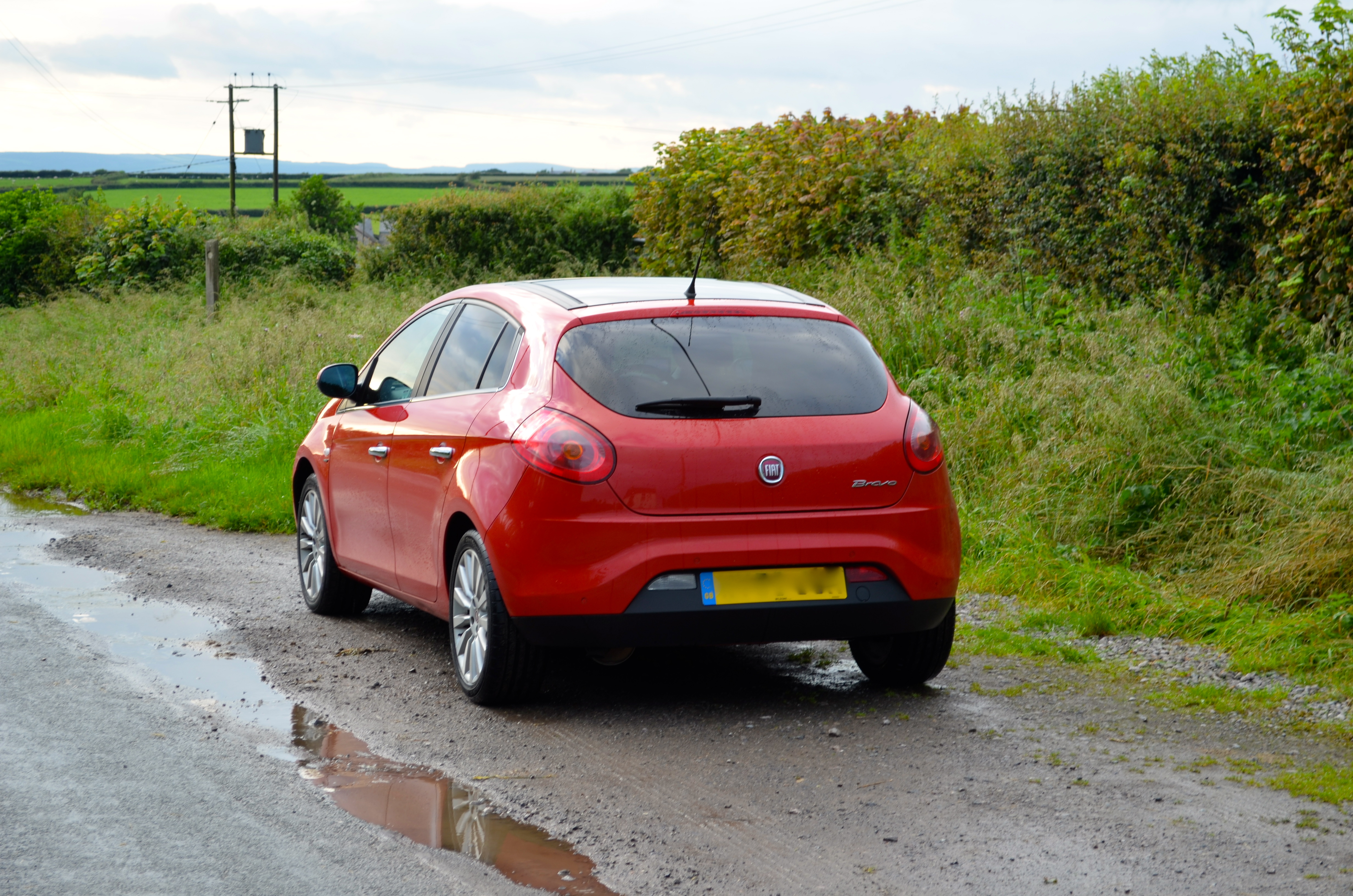 Thought it was about time to show the world my latest acquisition properly after my ‘Thinking of buying a Bravo thread’.

I present my ‘2008 Bravo Dynamic MultiJet Dualogic’ – a bit of a mouthful that!

One of only 84 in the UK (as of Q1 2012) under its registered title of 'Bravo Dynamic M-Jet S-A', although there are 67 'Bravo Dynamic Mjet120 S-A' registered, so she's one of 151 Automatic Diesel Bravo's in the UK. No idea as to how many are as highly spec'ed as this one though :slayer:

Purchased just over a month ago, and I’ve already done 3500miles in her.

No real mods planed, but have already fitted myself some DRL’s, as I do with all of my cars, and am looking at getting a tow bar and eventually a roof rack. I've already purchased some 16" steelies ready for my winter tyres in a few months.

She’s been maintained to a very high standard by the previous owner, with a full (German) Fiat Service History to date, new Contential tyres all round about 300 miles before purchase, and she’s even still got her under tray in place (I always thought that dealers reclaimed these on 1st services??! ).


I’m looking forward to munching up the motorway miles, although hope to improve my current average of 50.5mpg.

A few pics of her on her madden voyage to Wales after purchase. Added by
Most Easterly Pandas

More from Most Easterly Pandas