I recently had to replace my subframe to get the car through mot… everything was fine after getting that fitted. Driving it was fine with no knocks at all. Then I was told I had to do the wishbones because the roll bar bolts snapped previously a the tester wouldn’t pass it unless I could get them bolts out or replace the wishbones. So I replaced the both wishbones myself because the bushes were gone anyway and didn’t wanna faff around trying to get broken bolts out. All seemed good until I drove it. Since doing the wishbones I’m getting a bad knocking noise from what I think is the drivers side driveshaft. I didn’t undo the driveshaft to get the wishbone out. All I really did was loosen the wishbone bolts an ball joint then just fought it off, didn’t bother undoing the drive shaft, the track rods, nothing.. I just wrestled it off

and now since replacing them I’ve got a pretty horrible knock on my drivers side and I’m pretty sure it’s my driveshaft. Only happens when I pull off going forward or backward. MOT tester says it’s my supsension but I haven’t touched the suspension. I would know if it was my suspension. If I pull off really slowly and smoothly you don’t feel/hear the knock but if I pull off any faster than a snail, then I can feel the knocking beneath my feet and I can also hear that it’s definitely coming from the front right. The best way of explaining it I would say is it seems asif the splines for my driveshaft have worn a little bit and when pulling off, the splines are spinning and THEN catching the hub. I think the tiny spin before it catching is what’s causing this noise but I’m not 100% sure and don’t wanna strip it all down to not find anything. I doubt it would be this because I didnt touch the driveshaft when doing the job but maybe I’ve pulled/knocked it out of place?? Who knows!??
So I was just wondering if anyone else has had this problem or if anyone knows what it COULD be…
I can get a video of the sound later on if needed but won’t be until about 5-6PM when I finish work
I’ve tried searching the forums quite abit this morning but I can’t really find anything where someone’s had a similar noise from the same area
Any replies are helpful
Thanks for reading
V

If its the driveshaft..

Does it change tone if you accelerate..or coast ?


Does steering make a difference..??


I would raise that corner. And spin the wheel by hand.. check for free play.. and anything obvious
OP
OP
B

The noise is literally only when I’m pulling off. If I’m on a harsh road then I do hear it a little bit but not as bad as when I’m pulling off. The noise doesn’t change at all no matter what I’m doing. It’s just a horrible knock as soon as a start moving an then it’s gone. It’s more when I’m getting clutch point an the car is just about to move off. I had the car on the ramp yesterday to get it all tracked and I had a good look underneath, gave the wheels a spin an the usual forward backward motion checking wheel bearings/play but no knocking at all other than the slight play in my inner tie rods but that’s a completely different noise to what I’m hearing. If I grab on to my driveshaft an shake it like a mad man as in pulling in an out of the box, I hear the same sort of noise there but when driving, the driveshaft shouldn’t be moving like that. Should it? I’m sure it should just have the turning movement and not the side to side movement. The side to side movement is minuscule an I did the same to passenger driveshaft, it’s got the same sort of in out movement into the gearbox but no knocking at all over on the passenger side
V

One thing to rule out.. the Dogbone


Its the link between the engine and box to the floorpan.. that will make plenty of noise
OP
OP
B

You are meaning this part as the dogbone yeah?

The mount between engine and subframe?? 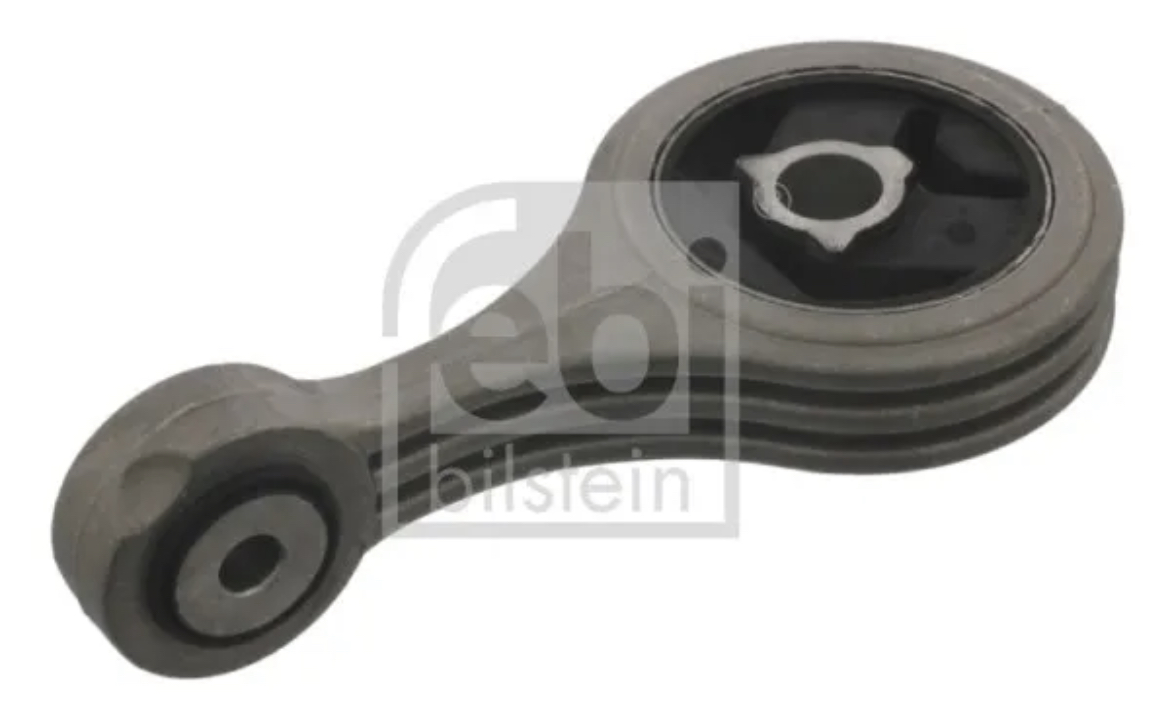 When I had the car on the ramp yesterday, I made sure the bolts were nice and tight. I can’t lie, the bush does look abit worn but I’ve never had any problem with other noises coming from this before. Would a noise this bad really develop that quickly and for nothing cause since doing the wishbones I haven’t touched that part at all. Last time that part would’ve got fiddled with would be when the subframe was replaced and like I said before everything was fine after having frame replaced. The noise only came along after I replaced the wishbone so I’m in a bit of a predicament

Rubber can rot out... or the mounting bolts come loose..

Easy thing to check and rule.out
OP
OP
B

) I’ll get it up on the Jack later an give it a good wiggle an see if theres any noises coming from there.

1 thing I forgot to mention.. the nut and bolt that goes through the wishbone and subframe.. (not the one that goes into the chassis) this one 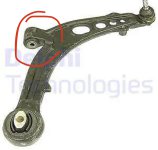 I managed to cross thread the nut and bolt so it ain’t going very tight but it’s still tight enough to hold it in place for today (new bolts arrived today, fitting them later) I don’t think this would cause it to make a noise as bad as what I’m getting but I’ll replace them later an see what happens. I’m really hoping it is something this simple but with my luck I’ll end up having to get a new driveshaft

That cross threaded bolt would be it!
OP
OP
B

When I done the wishbones at first I had pry bars and everything borrowed from work.. this time I had nothing, just basic spanners an sockets. Took me over an hour to get this bolt replaced but I’ve finally done it with the help of the misses

THE KNOCKING HAS GONEEEE!!!! Whoop whooooppp.. thank you mate I appreciate your help…
P.S. IT WAS PISSING DOWN WHEN I DONE IT ( AN THE MISSES STILL BLOODY HELPED

DUNNO WHATS GOTTEN INTO HER