Guide Gallery Discussion
well we done it here's how pic at the end as i don't know how to caption them yet.
so here goes
FIRST YOU MUST DISCONNECT THE BATTERY !!!!!!

next take out seat with 4 bolts and disconnect wires under seat.
undo all trim around bottom of door edge

next the centre console,firstly need to undo 2 screws in arm rest compartment,and the screw at end of the handbrake lever.and then remove arm rest out of car.

next put blocks under the wheels, don't want her to run away, release the handbrake and undo 2 bolts that hold it in place, this is done to ease the removal of front part of centre console.

next remove the gear stick gaiter from the console, this is just clipped in.once removed undo the 4 screw in each corner and carefully lift the top of the console [cover] and disconnect all wire underneath.

next remove radio and undo the radio housing the 2 screw remove by pulling the 3 heater control knobs and undo the screw located under the middle knob.the three remaining screws at the bottom of the part of the console needs to be removed.

to remove the flooring without any further dismantling i sliced the flooring behind the steering column as this is not seen and behind the heater matrix as this will not be seen.if you don't want to cut your mat then you will have a little bit more work in dismantling.

you are now ready to lift out the floor, have a cup of tea and a lie down!!!!!
so far just over 2 hrs have gone by.

sorry have no pic of dismantaling as i wasnt here but re-fit has pic hope they don't bore you, re-fit everything in reverse order.

now just to re cap what's the first step
DISCONNECT THE BATTERY NOW UNLESS YOU LIKE HAVING YOUR AIRBAG LIGHT ON AND HAVING TO PAY FIAT MONEY TO TURN IT OFF AGAIN, ITS NOT FAULTY JUST DOES NOT WANT YOU TO BREAK WIRING CONNECTION 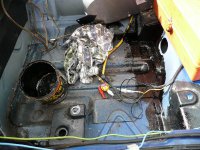 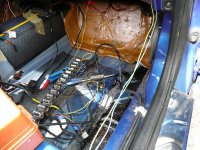 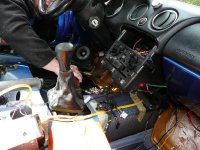 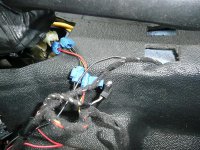 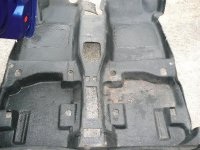 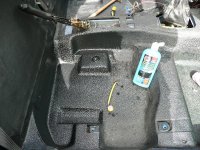 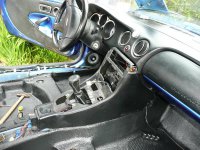 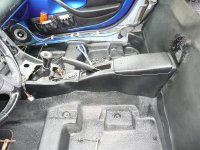 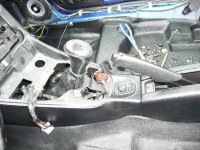 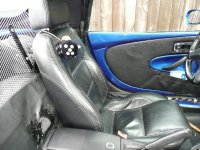 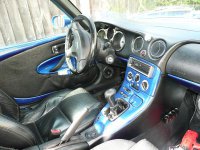 Author
wish mine was orange