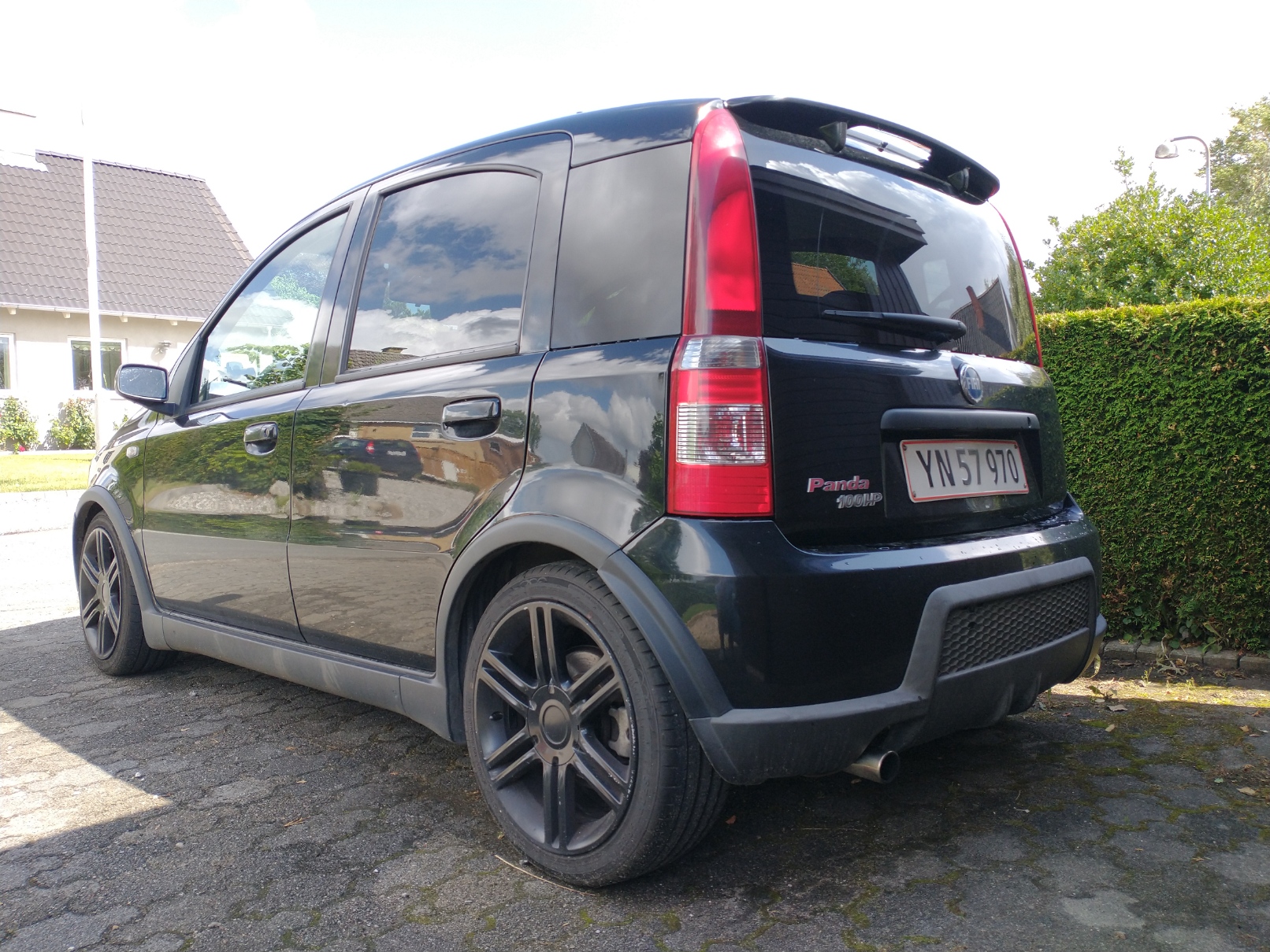 That little 69HP engine has helped us move house and has literally been a non-issue car for the last odd 50.000km's ... until I (supposedly) rattled a connector somewhere while pulling new speaker wires from the trunk to the front, so now the airbag light's on. Hardly the car's fault :doh:
It's sitting on Hankook S1 195/40R17 on 7" wide wheels off an Alfa Romeo Mito and a Koni STR. T kit with -30mm springs from H&R. I found a cheap Supersprint exhaust for it which has raised the fun-factor even further; very much so for people around us, as this little runaraound gets us heaps of smiles and thumbs up

PandaCento, a 2007 100HP with A/C, came along because I got the chance (always wanted one!) and my GF needed a car after our working schedules stopped matching up in any way; the 69HP is great for economy even in heavy traffic (by Danish standards, mind you).
Anyway, the 100HP has a whopping 240.000km's on the clock but the engine is a mere 90.000km's old and newly serviced.
Front wish bones and tracking have been this week's jobs. I still need to clean and lube up the brakes as well as fit both a new center section along with the Ulter back box I recently bought. Oh, and perhaps that exhaust manifold will find its way on there along with a S/S cat, but that's for after next year's MOT.
Still need to figure out whether the 100HP runs on the same front dampers as the 69HP version, as well, or if it's the ones from the 1.3JTD The one's fitted are garbage but I know where to get the Koni STR T. kit w/H&R springs at "mates rates", locally.