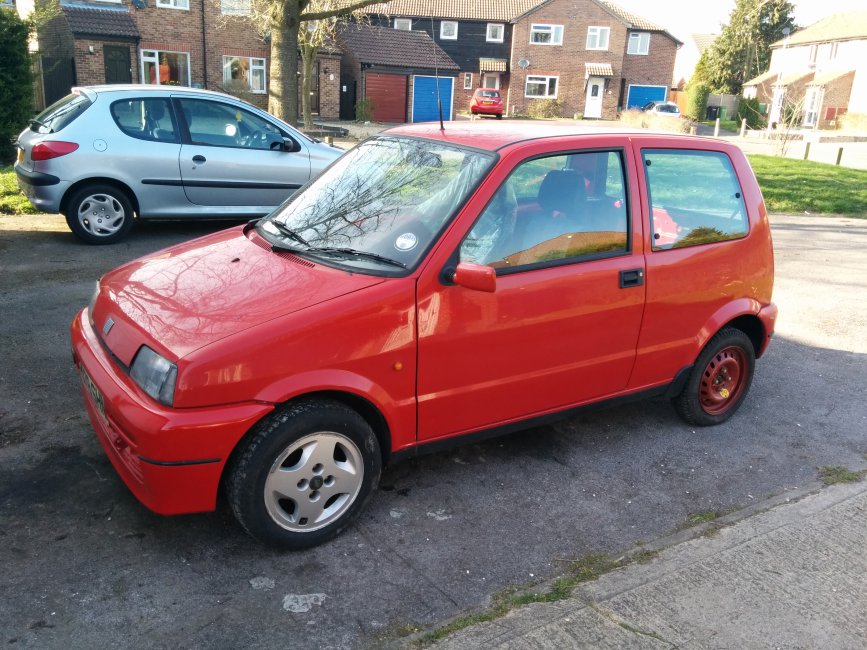 Cinquecento Another return to the cinqucento

So its been a few years since I owned a cinquecento, but have always remained skulking on the ff as I have a love for the little fiats and also have a formula 750.

So at he end of last year, I bought another one (now my 4th?), with the intention of possibly using it for some motorsport abuse. Its been sat around not doing much, just collecting the odd part or two, but now the sun is out I may do some bits to it.

So here it is MOTless sat on the drive.

It has rust in the usual places, and a porous sump (now changed for a new one I had lying around), the exhaust was shot (replaced with a std one for now).