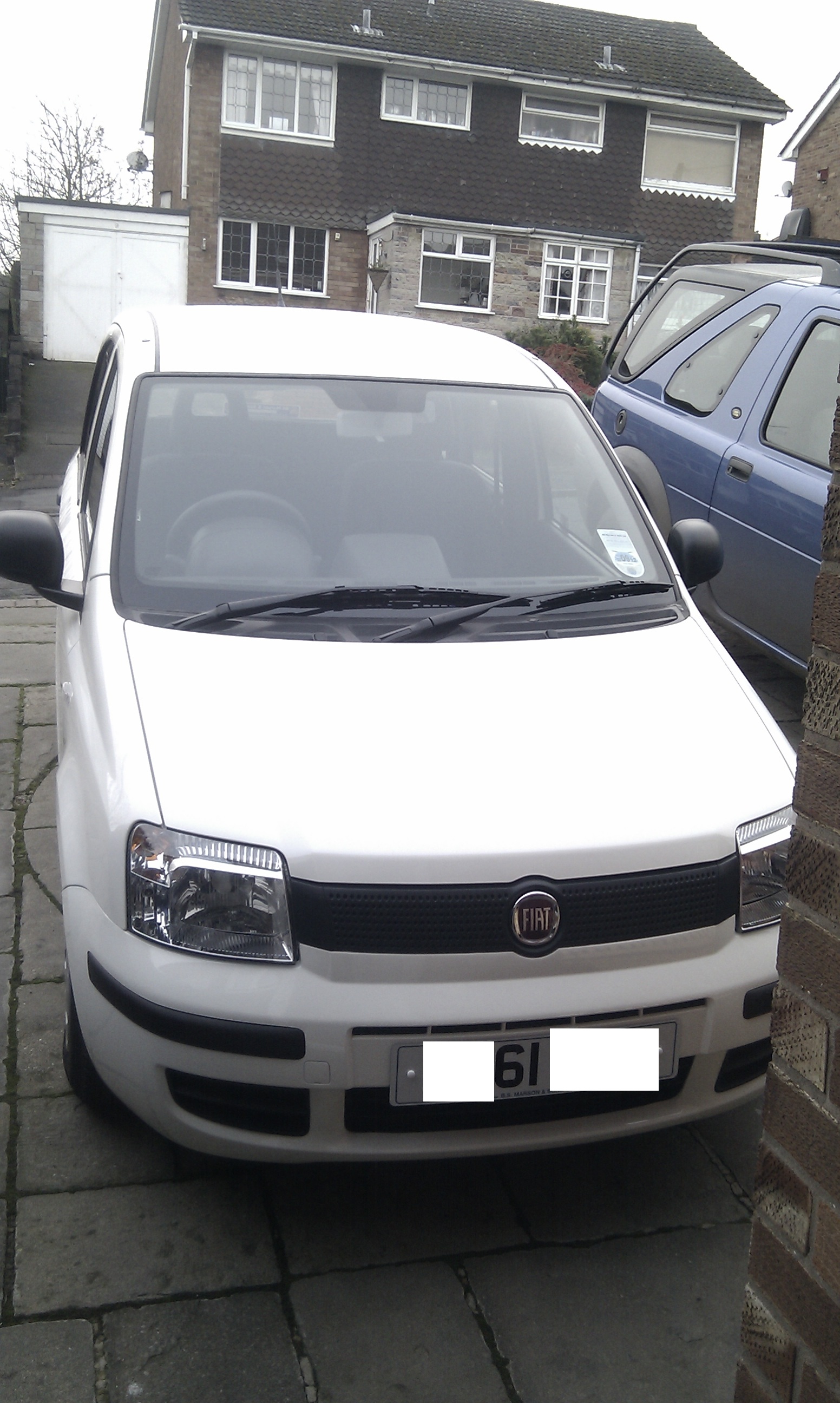 Panda Mum's had a Panda

Chopped in the MGF which was bound to fail it's MOT and was getting to be a PITA for my Dad to keep running for her.

Funny how British built motors can't stand our weather, while mine and my brother's Polish built Cinqs are still usually ok She's already got dirt on it, and a lovely big bunch of keys to scratch the paint with I had a go in it - observations of a Cinquecento Sporting owner.

New! Shiny! Mild steel exhaust looks like stainless (still only 432 miles on it). Quite nippy, even loaded up with four people.

Black keys - when did Fiat switch back from blue ones?
Also no CODE light, though the keys do have the circles on the blade, and a 2 (indicating the newer system). The speedo in the non-rev counter models is TINY, barely visible to the human eye *cough* Mysterious hole in the boot carpet on the nearside, for a light? Even though they use the same bulbs the Panda's interior light lets you see things. The Cinq one is like a mouse rubbing two sticks together.

Rust on the check strap bolts already
Fortunately that seems to be the only place so far. Waxoyl ready for the next bit of good weather anyway (and one for the Freelander)... Larger engine bay should be easier to work in (for comparison - Cinq Sporting engine is an 1108 CC version of the same engine I think - the 1242 are just a longer stroke, and in this case probably MPI? CD Player doesn't play MP3s, I know it's a base model but it still seems a bit stingy. The Cinq did come with a tape deck, though Questions for other owners:
I keep feeling the steering column turning around next to my left foot, is this an issue for anyone else or just how I'm driving? Are the 8v engines still non-interference (like my Cinq), meaning if the belt goes the valves won't be bent?

And have the dealers put the screws in the right place on the tailgate, I've heard horror stories of some putting self-tapping screws in where they like