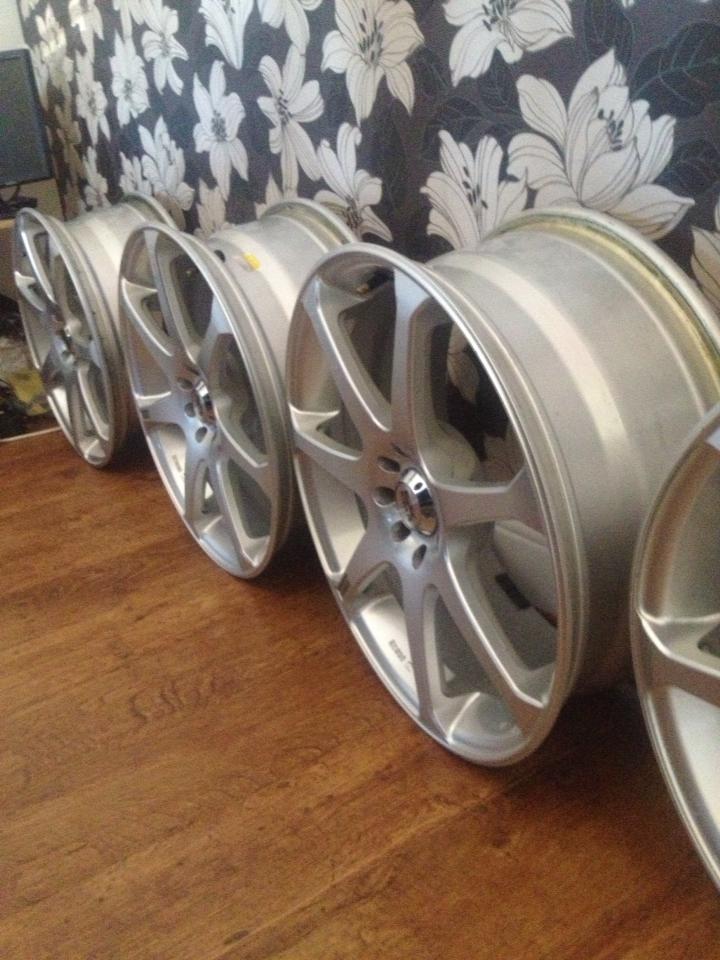 I've picked up a bargain, £50 for a set of four 18" BK Racing alloys which seem to be in mint condition because they were used on a show car at carisma cars (I may of spelt it wrong) which rarely moved from the show room! If i do decide to keep these i might spray them black or gun metal.

I might put them on my Punto, but i've obviously gotta buy some tyres for them:bang: But I've found some good ones which are £72 per tyre which have pretty good ratings on them!
http://www.tyrereviews.co.uk/Tyre/Fulda/Carat-Exelero.htm