Hi all, long time Fiat 124 Spyder fan, but sadly not an owner. I'm helping my buddy rebuild the engine in his 1970 Spyder and I'm looking for some direction on a good engine overhaul manual. We have an older Haynes manual, but it kind of sucks. It's a bit sparse on details and what is there, I would say isn't super clear. Is there a good aftermarket manual or even a factory manual available anywhere? I'm no stranger to turning a wrench, but I am totally new to the Lampredi engine. So far, we managed to get the crank and pistons installed after much head scratching and Googling. 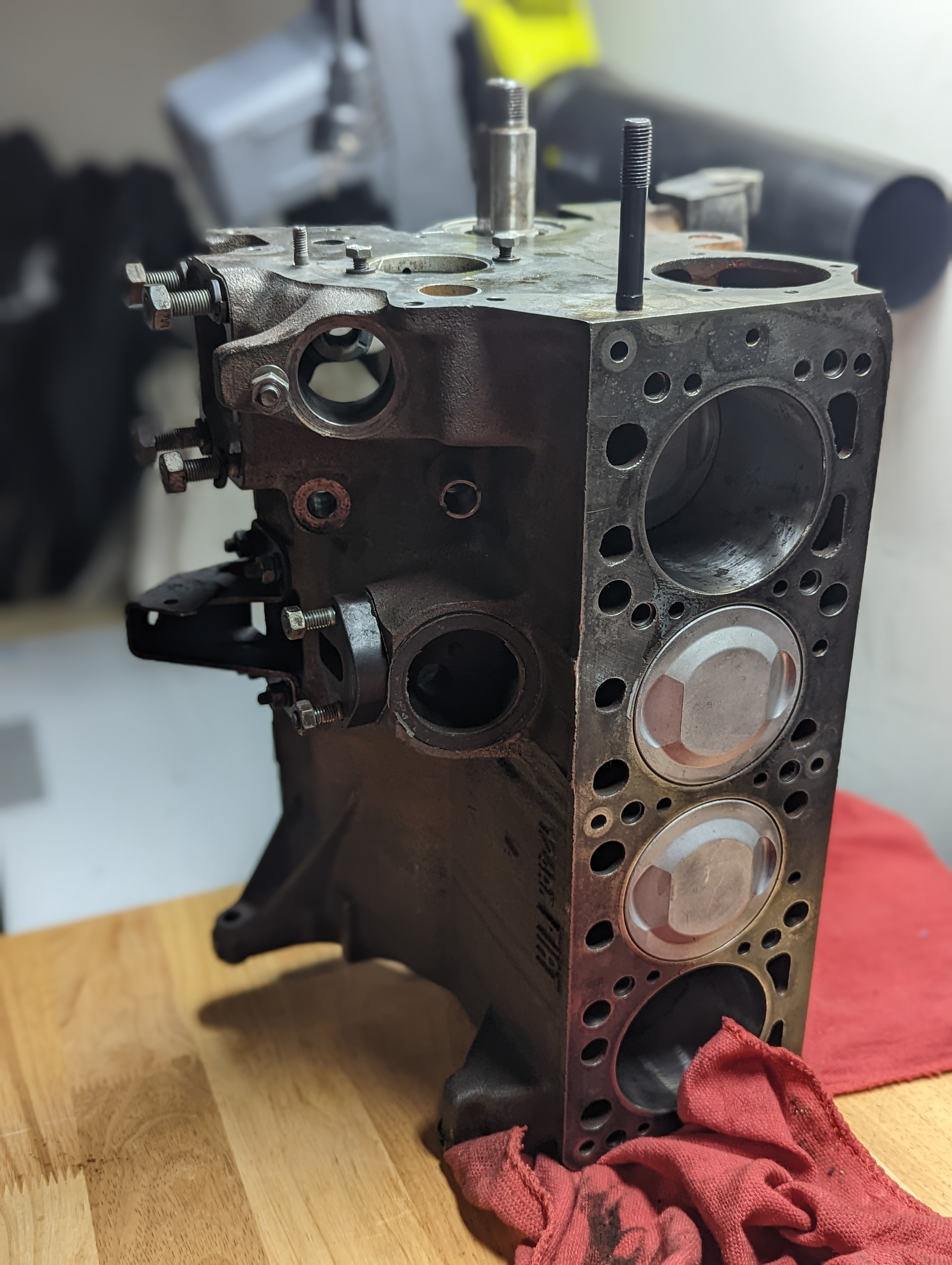 Not being rude , but it looks like it has had head gasket failure in the past, from what I can see of no1 cylinder bore it could do with a good honing at least and the head gasket area between no1 and no2 cylinders of the block appear very pitted which could allow premature head gasket failure. So could probably benefit from a light skim/machining of the cylinder block, though then it may reduce clearance to the head /pistons.
Sorry I don't have any specific 124 data, though I have rebuilt engines in the motortrade since 1969.
Sounds like a car well worth the effort and I expect someone here will be able to give you more details.
You must log in or register to reply here.

F
General 1969 124 Spider with engine ready to put together. Any suggestions? (Phoenix, AZ)