Son's wife reports her driver's side window failed. I took the trim off, and found no power going to the motor. The other window works fine. When I press the failed window switch, I can hear a click, which sounds like a relay working, but who knows if it is passing power?

I can't find the fuse for the driver-side window, and I suspect the relay. Can someone tell me:

A normal issue would be a broken wire in the loom where it is under stress as it crosses the gap at the hinge endwhen the door is open and closed.
OP
OP
D

Good point. Thanks. But I can only check that by accessing the relay end of the wire and doing a continuity check - so I still need to know how to get at the relay...
K

Power is via fuses F47 and F48 on the body computer just above the clutch pedal. Don’t quote me I believe they are 20A. Worth checking fairly easy to do if slightly a tight acces

Relays are also built into the body computer

Never heard of a body computer relay ever failing. Very unlikely to be here

Thanks for a comprehensive and helpful answer! But this is where I ran into a snag.

Various web pages suggested that the fuses were 47 and 48 in the driver compartment fuse box - which I found, and opened. There seemed to be only half-a dozen fuses in there, and nothing in slots 47 or 48 as far as I could see. And there were no obvious relays. I took out all the fuses, but none were blown. So it does not seem as if this 2012 Panda has its window motor fuses in this place ???

When I operate the window switches in the car, I get a click from the switch, and another 'clack' from a relay which appears to come from just below the switch, inside the centre console. Which makes me think I must get in there to find the electrics - but I can't see how to do that.

And it's not my car - my son's wife is a working teacher, so uses the car daily, and I can only get occasional access to it. Which is why I am trying to learn as much as possible from here, so I can conduct sensible tests during the short times I can work on it. Your 'switch-swapping proposal sounds useful - I assume that the switched can be pried out of the centre console using a plastic lever?
K

Are you looking in the right place

They are on the body computer not in the fuse box

Just above the clutch pedal 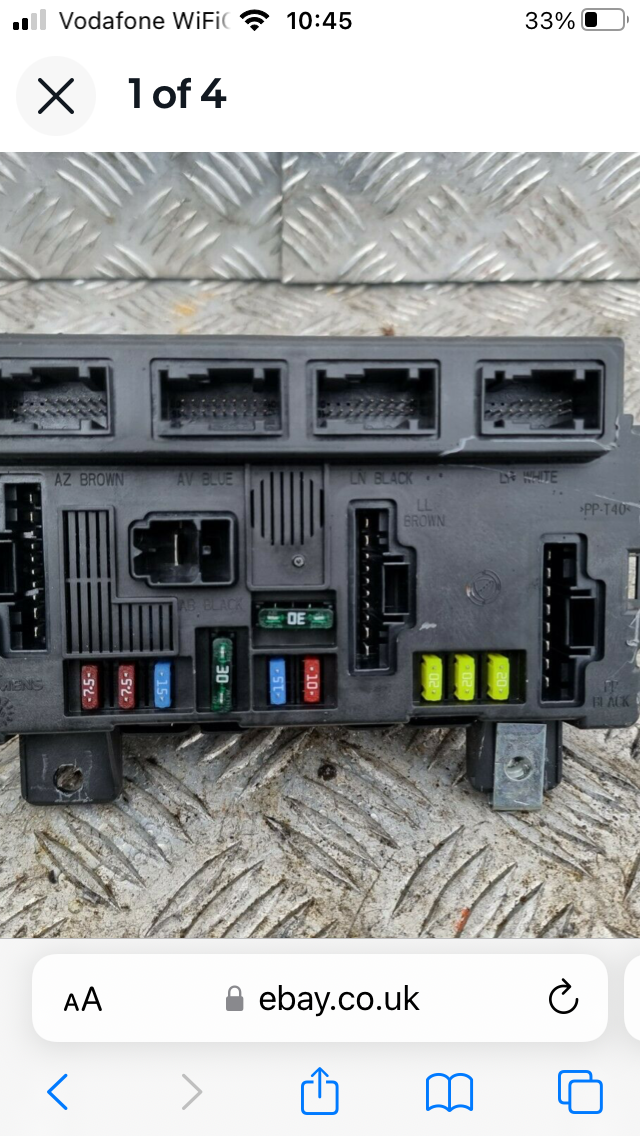 Ah - that doesn't look like anything I've been looking at. I found a rectangular panel over the clutch pedal which had a vertical row of fuses in it - a little fewer than those, I think. It had no connections for relays. And I could see no obvious F47 and F48. I will try to get a picture next time the car visits me....

From what you say, it sounds like a broken electric wire is a possibility...
K

Dodgy Geezer said:
Ah - that doesn't look like anything I've been looking at. I found a rectangular panel over the clutch pedal which had a vertical row of fuses in it - a little fewer than those, I think. It had no
Click to expand...

I take it you are looking at the ones under the removable cover next to the diagnostic port
The ones you are after are lower and to the left
Head near the brake pedal look up under the dash just above the clutch pedal. This is on a right hand drive car


Dodgy Geezer said:
From what you say, it sounds like a broken electric wire is a possibility...
Click to expand...

Wires break at the door hinge. Drivers door gets more use so guess what goes first. ;-)
OP
OP
D

I got access to the car for a couple of minutes today. Had a quick look at the link between door and body - all seemed fine. No obvious kinks anywhere, and rubber in good nick. Of course, I can only tell when I do a continuity check from the window motor to the relay, and for that I need to know where the relay/fuse is...

Took some pictures of the footwell. You can see the panel I undid, and the small number of fuses there. Can't see a 20A one, and there are lots missing. No relays anywhere...

The relay is within the body computer. most never fails. The fuses are down there. You just have to get in with a flashlight and search around.
M

Ah! THAT'S where they are, are they? I couldn't see them at all from the footwell - they were only on the picture because I put the camera down there....

Seeing them is one thing - getting at them is another. There is a thick plastic shield which is riveted in place over most of that area. I was able to get a pair of snipe-nose pliers in and pull the bottom two fuses out (which I think are 47 and 48) - both were 20A and both were fine. keying the switch got a click from that area, for both driver and passenger window. So I think the relay is operating - whether it's actually passing current I can't tell.

There seems to be no way to get at the relays without drilling the rivets out. Is that the next step?

Thanks for all the help so far - I couldn't have done this without you!
K

The three Yellow fuses, bottom one is nothing to do with the windows

Damn! I only checked the bottom two... Ah, well - I'll have to wait until I can get at the car again. At the moment I've unhooked the window and she's pulling it up and down manually...
K

on my car I am luckily the fuses on the body computer are of the type with the solder tags on the top. I believe most or all cars are the same


I wouldn’t bother pulling the fuses out. I would just touch each fuse tab with either a multi meter (set for volts) probe ( or automotive test light with the other end on some bare metal and make sure there is volts to and from each fuse

Probably took longer to explain than to do

'Fraid not/ My fuses are enclosed, need pulling out, and there is not much room even to put a snipe-nose in to grab the fuse body. I doubt whether I could get a multimeter probe into the fuse sockets after I got them out...

Does anyone know whether the fuse is after the relay or before? I assume after...
K

Mine are like this. And every photo online of BSI for sale are the same 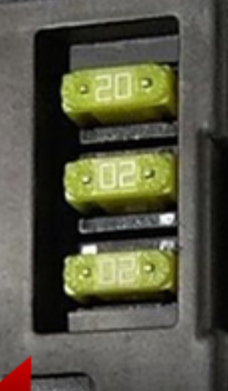