Technical Can anyone tell me what this is.....

Currently reading:
Technical Can anyone tell me what this is.....

I have a 3dr 2006 Grande Punto with an aftermarket radio (Sony MEX-4000BT) fitted.
I removed the radio and there is some sort of plastic enclosure with small black round cable out one end disappearing somewhere behind the dashboard. There are no markings or labels on the body - just hard black plastic in a small candy bar shape.
The other side has a bunch of wires going to: 1 x 8-pin ISO plug and 1 x 8-pin ISO socket.
If plugged into each other the colour coding of the wires is the same at each position.

Is it part of the car or an aftermarket add-on? 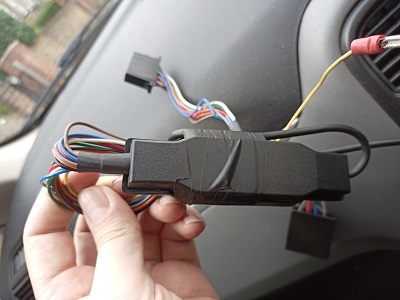 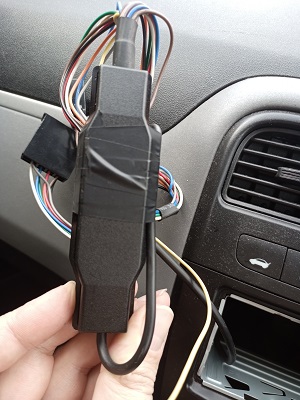 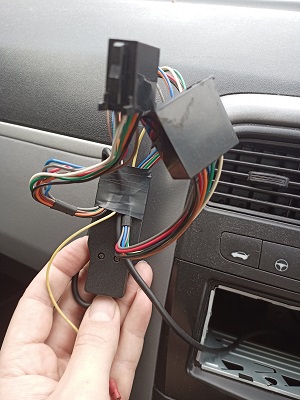 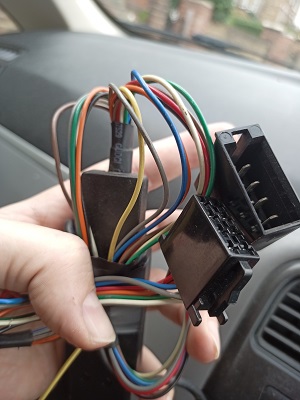 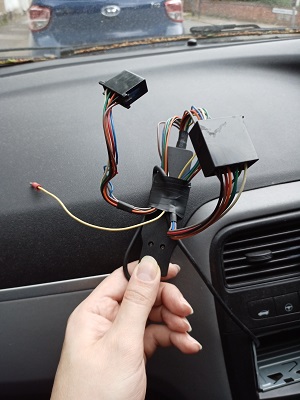 My radio is connected to two other ISO connectors which look like they used to be a large single connector cut in half; 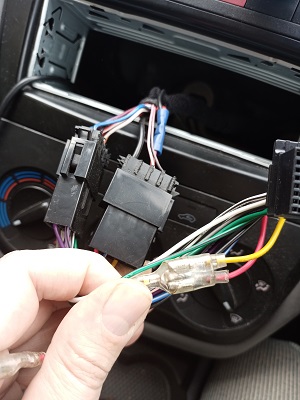 Any help much appreciated.

I did use the image centre - what about now?
C

Looks to be some sort of converter to allow the use of after market radios with different connectors
Click to expand...

Thanks.
No markings or manufacturer on it - does that mean its cheap tat?

I guess I'll need to find out where that small round wire goes to behind the dashboard....

Looks like an aftermarket canbus adapter - does your punto have steering wheel controls?

The 2 ISO connectors (that used to be one block) are likely the original fiat gear, but looks like a bullet connector in there (blue but) which isn’t standard. Otherwise you should have an aerial connector which I can’t see for sure.
OP
OP
P

lunchbeers said:
Looks like an aftermarket canbus adapter - does your punto have steering wheel controls?
Click to expand...


lunchbeers said:
The 2 ISO connectors (that used to be one block) are likely the original fiat gear, but looks like a bullet connector in there (blue but) which isn’t standard. Otherwise you should have an aerial connector which I can’t see for sure.
Click to expand...

Yes those 2 ISO connector cables to the radio come out of a branch of the vehicle wiring loom - so original wiring.
Except for 1 black wire which comes from somewhere else and is spliced into that bullet crimp connector thing; 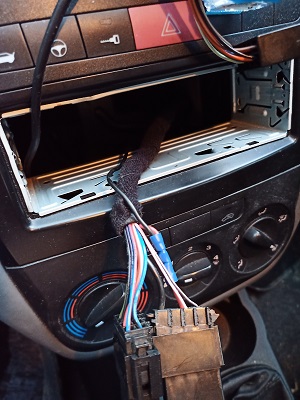 It hasn't been wired correctly to an ignition 12v as radio works as soon as you put the face on.
So I need to trace that and find out if there is a reason or just shortcut done somewhere.
Whats the best source for an ignition switched line for the radio - cigarette lighter socket?


I guess the next step is to find out where the other cable out of the adapter goes to.

AH - there is what looks like a microphone poking out the top of the plastic on the drivers A-pillar.
Could this be part of a mobile handsfree system?
You must log in or register to reply here.

Technical Bought my 1st car and I think I've been ripped off. Can anyone tell me what this wierd noise is.

Jun 30, 2022
NastyPlays
N
S
Technical Does anyone know what this hose is called?

B
Off Topic Fuel: Anyone prefer using E5 over E10?