Guide Gallery Discussion
All Barchettas have two gas struts which help assist in raising the heavy hood frame. If yours are more than 6 years old they may be completely worn out without you even realising it. Replacing these struts takes less than 1 hour and will make a huge difference in the effort it takes to raise the top.

The original fitted stuts are made by Stabilus and exert a force of 250NM. You have three options on fitting new ones to your Barchetta:

1. Fit an original pair of gas struts Stabilus 2802CS
2. Fit a stonger pair made for the Mazda RX-8 Stabilus 9084XL 305NM. (note- the Mazda uses two different struts for the boot which have different ratings, you want (2) of the 9084XL which are 305NM. Do not get the 9082XV as these are only 250NM in strength)
3. Barchetta parts.com sells a Stabilus gas strut that is supposed to be 350NM powerful but I don't know the model number of this strut. They are expensive to order however. 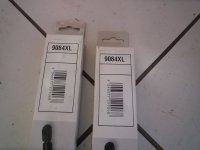 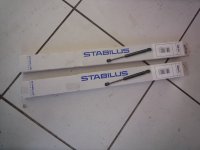 I fitted the Mazda ones and the article below shows how to do it. You need to make a minor modification to the 9084XL in order for them to work.

Remove the plastic covers over the frame where it mounts to the car directly behind the doors. There are two cross headed screws. One is under a rounded rectangular cover you can gently pry out with a small screw driver. 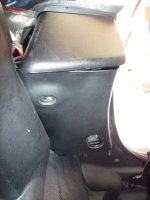 You may need to pull back the rubber weather seal to loosen the plastic cover. The drivers side is hooked around the lever to release the hood cover.

The old gas struts are removed by putting a flat headed screw driver under the metal clip on both ends and prying this clip out. The old struts can now be removed. If they still have pressure in them you may have to have the roof up to do this. Mine were completely shot so i did it with the roof down. Normally the strut will come off with hand pressure if the cips are released as shown in the picture but you can also pry them off using a tool such as one used to remove door panels 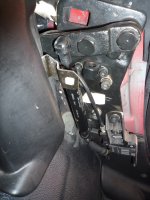 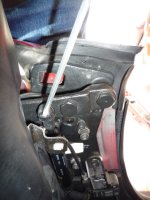 If replacing with identical struts then fitting is simply the reverse procedure however you will need to have the hood up to do this.

The Stabilus 9084XL work well but are approximately 4mm to short when full extended. To solve this you need to remove the end caps and add a washer on each end as a spacer.

The end caps are simply screwed onto the piston rod and the cylinder end respectively however they are on very tight and maybe secured with locktite. It took two people to remove the caps when I did it.

1. Hold the piston rod in a large set of pliers and clamp very tightly. Do not let it rotate or you will score the shaft. 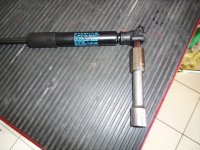 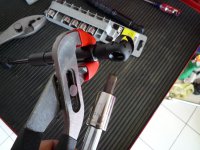 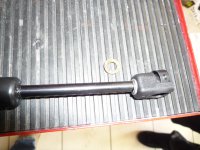 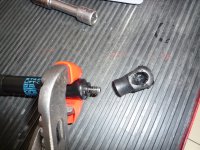 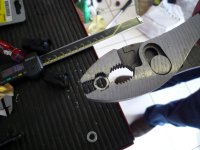 2. Using a 8mm hex key or something similar you can unscrew the ball end caps. Repeat for other end


3. I used a small washer at each end as a spacer. There is enough thread to allow the cap to screw back on with sufficient strength
4. Reattach the ball end cap again using the hex key to screw ack on while clmping in a plier (Do not crimp the gas tuby squeezing to tight!)

Refitting is the reverse of removal 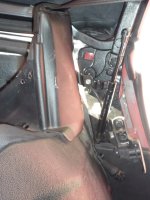 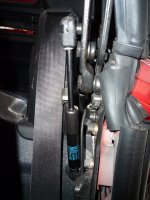