A new bonnet release cable is a available from places like Shop4Parts for around £20, or slightly more expensive direct from Fiat.

The procedure for replacing the bonnet cable is as follows:


Inside the car, remove the 2x 8mm nuts that secure the bonnet pull to the foot well of the car. 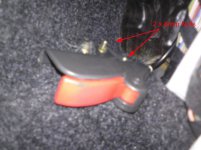 Note the location at which the bonnet cable passes through the bulkhead, just above the accelerator pedal assembly…. 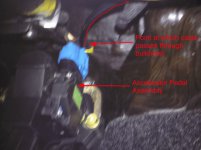 And where it reappears in the engine bay. Just above the brake servo unit, and just below the brake/clutch fluid reservoir. 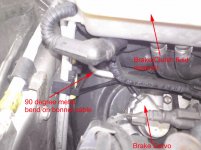 Remove any items that are secured to the bulkhead such as fuel filter, ECU etc They do not need to be disconnected, merely removed from the bulkhead so that you can pull the carpet forwards slightly. 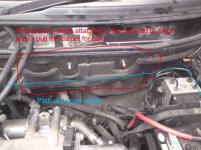 Undo any clips securing the cable along its entire length. 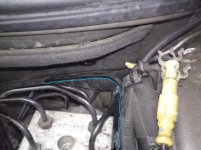 Now disconnect the other end of the cable from inside the car. The top plastic clip simply unclips, and then pull the metal locator downwards to unclip it from the handle assembly. 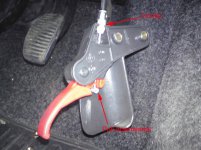 Now take the new cable, and feed the short end through the same hole that you just removed the old cable from in the bulkhead.

Go to the inside of the car, and find the end of the new cable poking through the bulkhead. Pull it through until it stops. Feed the cable through the handle. Clip the metal end into the red handle, and then the white plastic clip clips into the grey casing.

Replace the interior bonnet pull handle with the two 8mm Nuts.
Replace the bonnet catch with the 2 x13mm nuts, taking care to make sure it all aligns properly.

Use a screwdriver, to close the latch (without actually shutting the bonnet!!!!) and then pull the interior pull handle and check that it unlatches properly.

Replace everything that you removed at the start

Re clip all clips that you undid. 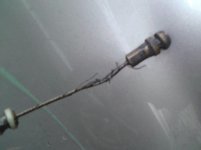