Some of the most common problems on the Punto mk2/2b such as Electronic Power Steering failure and poor starting etc can often stem from a poor battery or charging system. When these threads appear, most people are advised to check the condition of their battery/ alternator etc, so this is a quick guide on how to do it with a multimeter.

This guide is intended as a BASIC first step to assessing your battery/ charging system. Proper drop tests can be carried out by garages, sometimes free of charge. These will provide a more accurate picture of your batteries health and a definitive answer to if its faulty/ needs replacing. 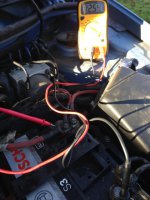 
Step 2
Start the car with the multi-meter still attached. 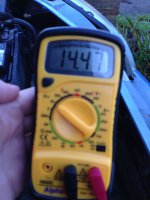 The voltage should now rise. In this case to 14.47v

Step 3
With the engine still running, Switch on the heater blower motor to full, the rear screen demister, the headlights on and set to full beam.

The voltage should now drop slightly.... 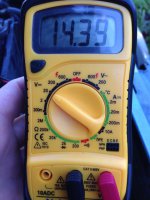 In this case to 14.39v. This is now testing that the alternator can keep up under load. If the voltage drops dramatically, or below 13.8v then it may well be that your alternator is faulty.

Another common problem is Parasitic Drain. This is where something is draining the battery whilst the car/ignition is switched off. On punto's, the number one most common cause of this is poorly fitted after market stereo's.

Symptoms of this, is that each morning (or after the car has stood for several hours) the car is sluggish to start, or indeed has a flat battery. But once started, the car runs fun and can be restarted several times throughout the day with no problem.
Having performed the tests described previously re the alternator, you should now test for Parasitic drain. 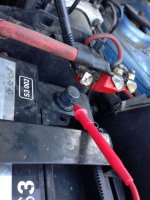 Now look at the reading on your multi-meter.
All modern cars will draw SOME power from the battery when they are turned off. This is due to things like the clock, alarm, live supply for the memory of the radio etc. So a small current draw is acceptable. Its also important to note that you should leave the test for a few minutes as various items (such as the ECU) will turn themselves off after a few minutes, so don’t look at the result straight away. 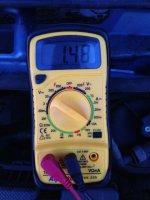 In this case, the parasitic drain was 1.4 amps. The next step is do disconnect/ remove fuses for the most common items that may be causing it.
I removed the fuse for the radio and the reading fell to 0.01amps. Therefore the radio was the cause. 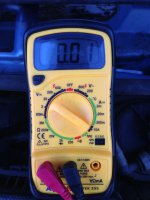 Hope this is of some help,