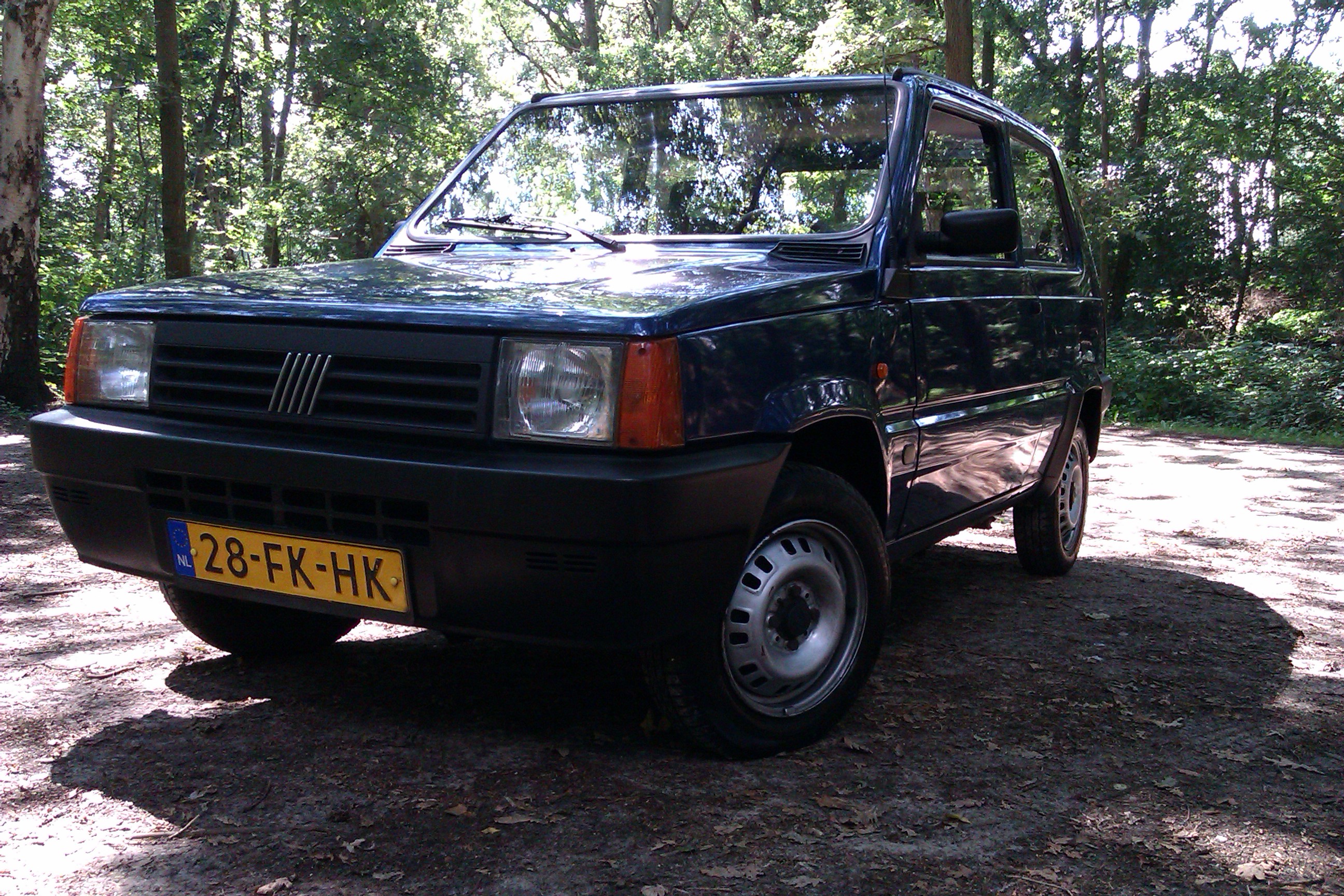 When i was 16 years i wanted as first car an Fiat Panda Classic. But i couldn't find a good one. Now 7 years later i found a nice one. (900 young 2000) It isn't rust free but happily it isn't rot either. The previous owner was an old lady. (a blind one i think if you look at the scratches above the lock :devil: )
The first thing i have done is replace the benzine cap. The original one is dead. It has so much rust that it came in the benzine. There is also another benzine tank placed (plastic one) The original metal one has very much rust. And i place a Clubliner on the licenseplateholder.

Things to do:
-Tectylate
-Build in the radio
-Build in an original clock. (build in 1987)
-repair the oil leaks. (it drinks more oil then benzine at the moment, On tuesday a garage will repaire it)

For the longer term:
-New paint on the outside. It has to many scratches. I think about baby blue.
-A new exhaust
-New shockabsorbers behind.
-A want a bullbar on the front but they are very hard to find. I have an idea about one. I make a design that is place able on the two bolts above the grill.