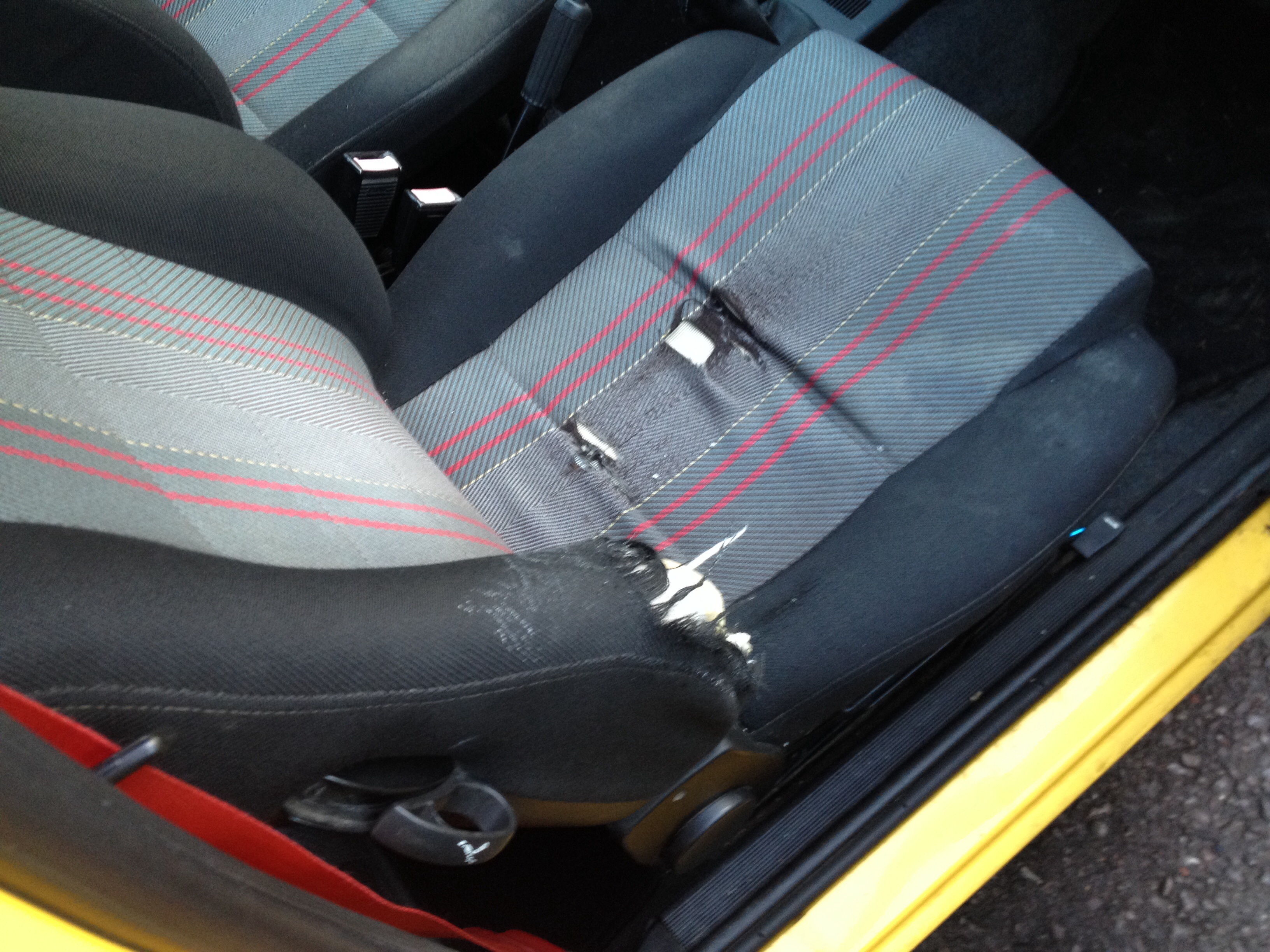 Well rather than update my saying hello thread I thought I'd better start a members motors one... I've previously had a Classic Panda, but sold it when I didn't think I needed a car. I then resorted to a K11 Micra for a while, which got me to work and back but was a desperately dull rusty torqueless lump. Anyway after a catastrophic MoT failure I managed to persuade my wife that a tiny Italian car was the way forward and started hunting. No Pandas were local to me (VmanC has bought them all ) but the little Cinq was. A PX to clear and needed some love love but drove beautifully, and not too much rust, so I jumped at it.

It's great fun to drive, no engine mods (yet) but willing and torquey and everything a small Fiat should be. Less good was the clutch biting low and the interior has seen some abuse. In fact I really don't want to think how the car got into this state.... The previous owner also felt unable to remember what fuel to use. I assume he struggled to count to 11 without removing a sock. Clutch is now fixed, and the alternator has been replaced after it started making a scary grinding sound. And it means I can now hear the timing belt idler (or maybe water pump) starting to go. And the thermostat is jammed open so it takes most of the 20 mile commute to warm up. And the windscreen washer didn't work. Replaced the connectors when I had the wheel well liner out and it's fine now. Non return valve has been replaced by a short length of electrical insulator and lots of insulating tape. It'll do for the time being.

I had a a good read through the threads before tackling the alternator. And dropping the offside of the engine and removing the mount really is the way to go. It sounds scary, but access is suddenly very good, and the job was a breeze.