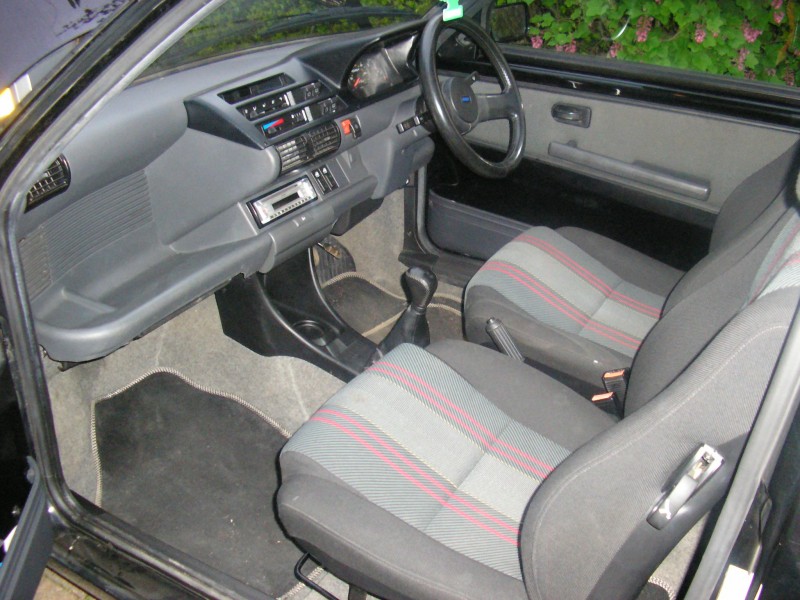 Picked her up on saturday

Got a huge stack of recipts and service history so its been looked after Few highlights of the recipts to mention are a UAD ported and gasflowed head, fast road cam and a Remus cat back system.

It goes great, sounds great and looks.. ok Personaly I HATE the GT alloys on a cinq which is unfortunate considering this cinq came with em Also the rear bumper needs respraying as it looks like a home sprayed cinq s bumper as the paint is pealing and its black plastic underneigh. Also there is a little bit of rust at the bottom of the passenger side door.. very odd really as no evidence of scratches/damage to the door. tbh I think its a replacement door from a previous bang.

Other than that, GREAT

As far as the GT alloys go, anyone willing to swap for a set of standard cinq 13s with good tyres. condition of the alloys isnt that important. Straight swap!