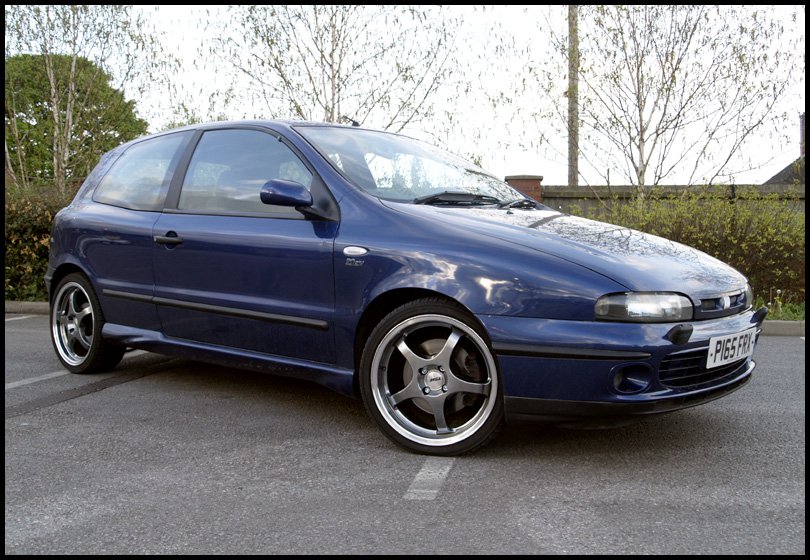 Had these sat around for ages and been itching to get them on.. so much so that I actually fitted them to Babzs cinq for a "trial" run which didnt get as far as actually coming off the drive because, well, Cinqs and 17s dont actually work

All been down to them first being on ebay. Me buying them and then realising i needed a set of spigot rings. Got those ordered and came a few days later. Went to fit the wheels and realised there not actually Fiat fit :bang: ... So ordered some Torx Wobbly bolts. Came a few days later and ive had them sat around since waiting for a good, non raining, evening for me to get em on!

Today was the day and im veeerrrryyyy pleased 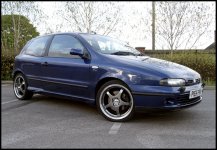 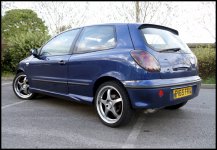 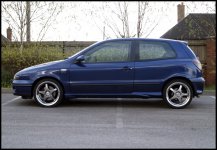 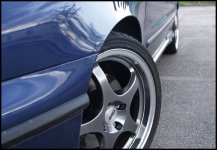 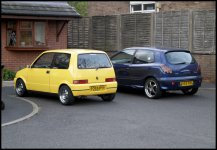 ​
Its completly changed the handling and acceleration though which im a little dissapointed. Steering is noticably heavier and stiffer. Maybe a good thing when I actually get out to try it properly. Acceleration has slowed but not majorly. im suprised though, rim diameter really isnt that different and with a nice torque engine under the bonnet, i didnt expect it to be too noticable.