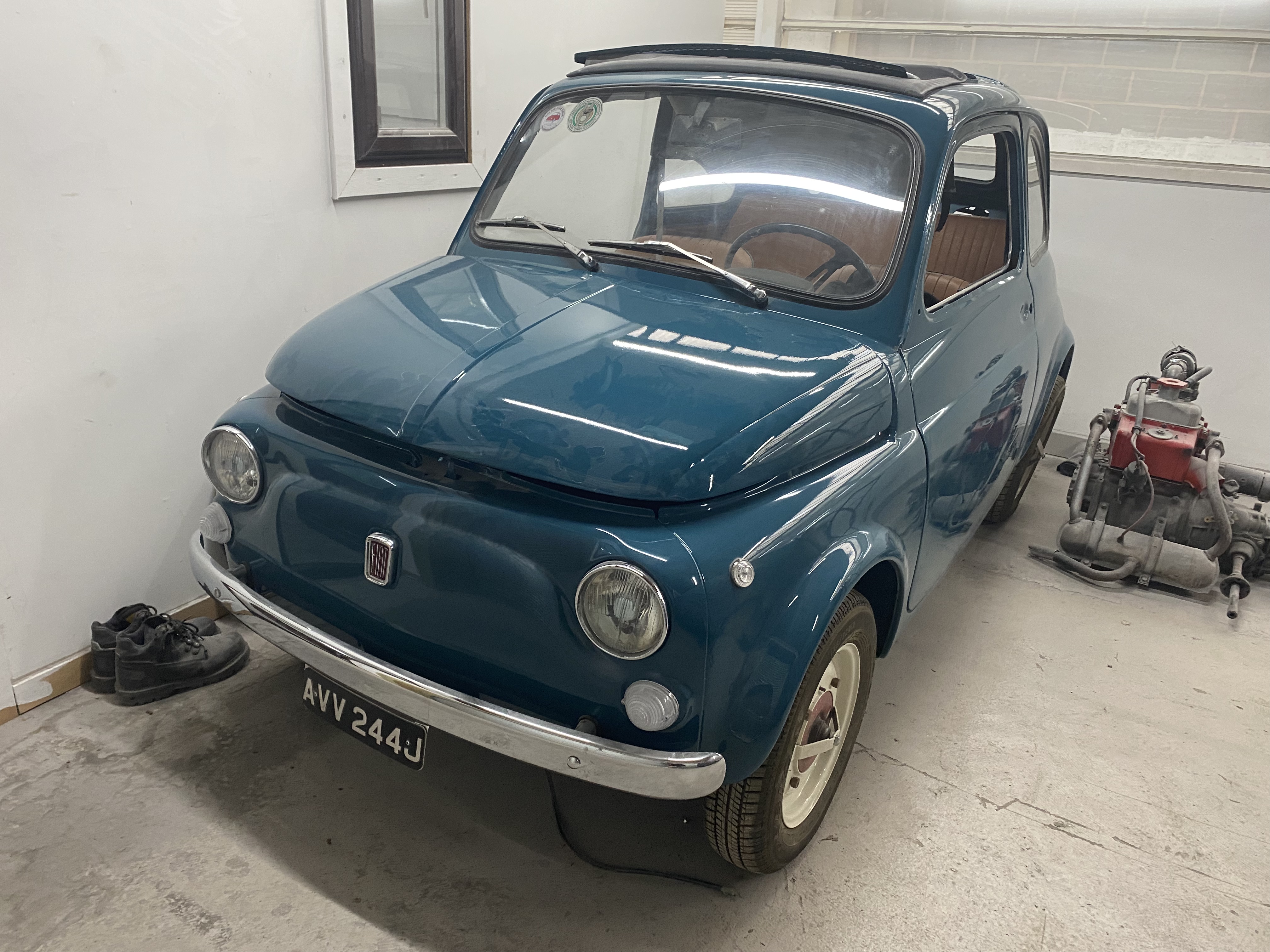 soom after travelling down to London and swapping cash for my fiat and recovering it back home to Walsall where it now lives, I decided to freshen it up with a better coat of paint, and about a month into owner ship that’s where it went and still is

, because what we found was shocking to say the least. . . the guy who previously owned moulded My car out of filler !
and during strip down I found ot the original colour was actually blu turchese!

so anyway heres my progress so far... From when I purchased to now after spending a lot of money