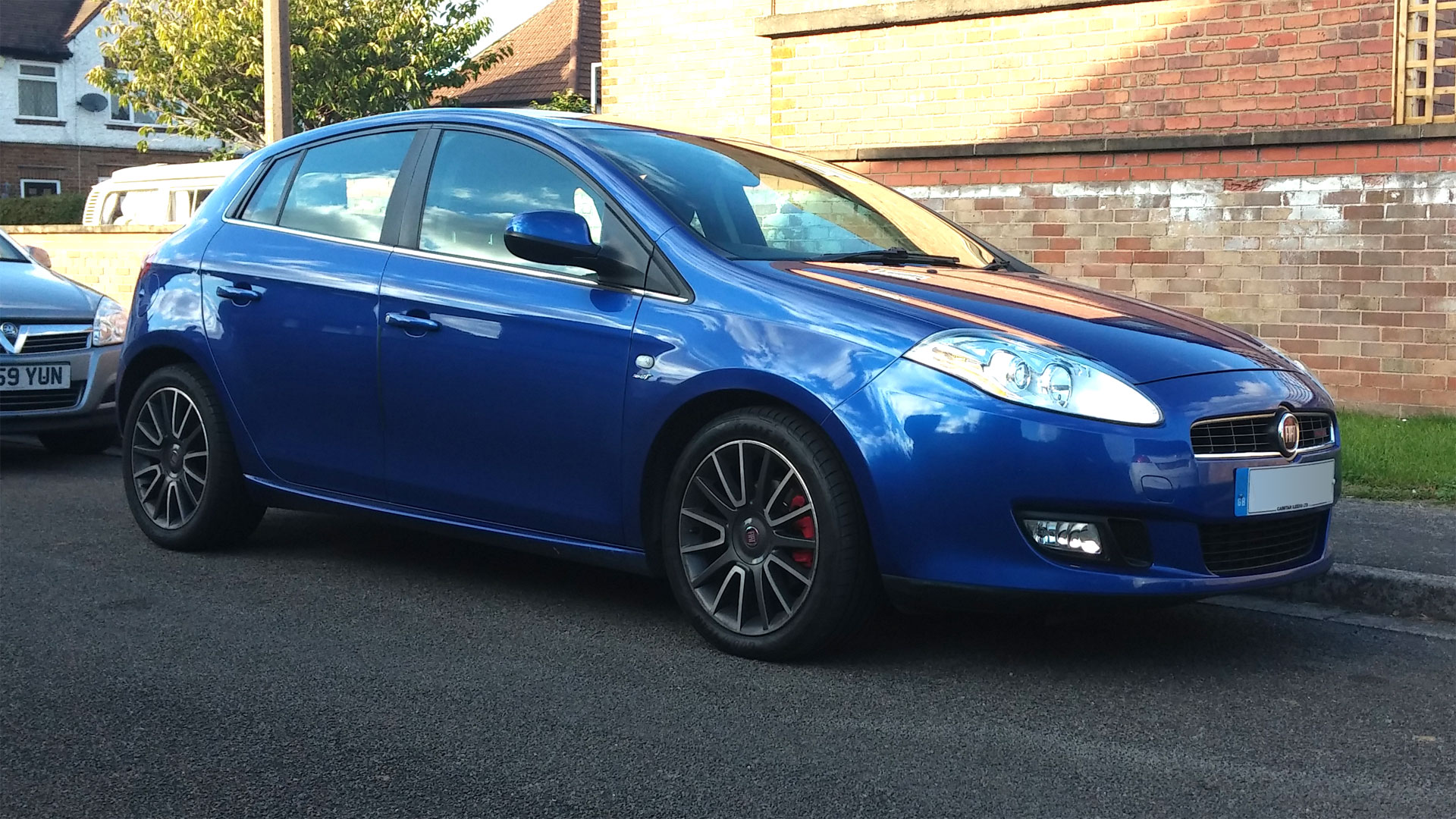 This is my new (old) second-hand car; we're a 2-Fiat family now. I just bought a lovely looking 2009 Bravo 165T, having formerly had my heart set on a Panda 100HP. The Panda is just too small for a newborn baby + 2 adults + stuff.
​
It's got 82k on the clock, and none of the extra-extras; I tested 4 Bravos before buying this one, and whilst some had the dual-zone climate, rear electric windows, sat nav - this one was solidly maintained by a Fiat technician and has had clutch, flywheel, belts, tyres and suspension components in the last few years. Feels solid, and no evidence of deferred maintenance or cheap mods.

Not taken many photos, as it's bog standard stock. I'll probably not make any modifications... maybe replace the faded boot badge and add some mudflaps. Will have to spend more time on the Punto, she's looking unloved right now.

It's scary how fast the "you're driving too quickly" beep appears. It really does go like a rocket if you plant your foot in 3rd. I'm enjoying the practicality of 5 doors, too - though I wonder how an adult male is expected to sit in those back seats with all of 6" of legroom.

Question: is "Maserati Blue" the same paint code as "Orleans Blue"? We now have 2 near-identical Fiats on the drive. I kind of wanted the burgundy Bravo; never mind eh?