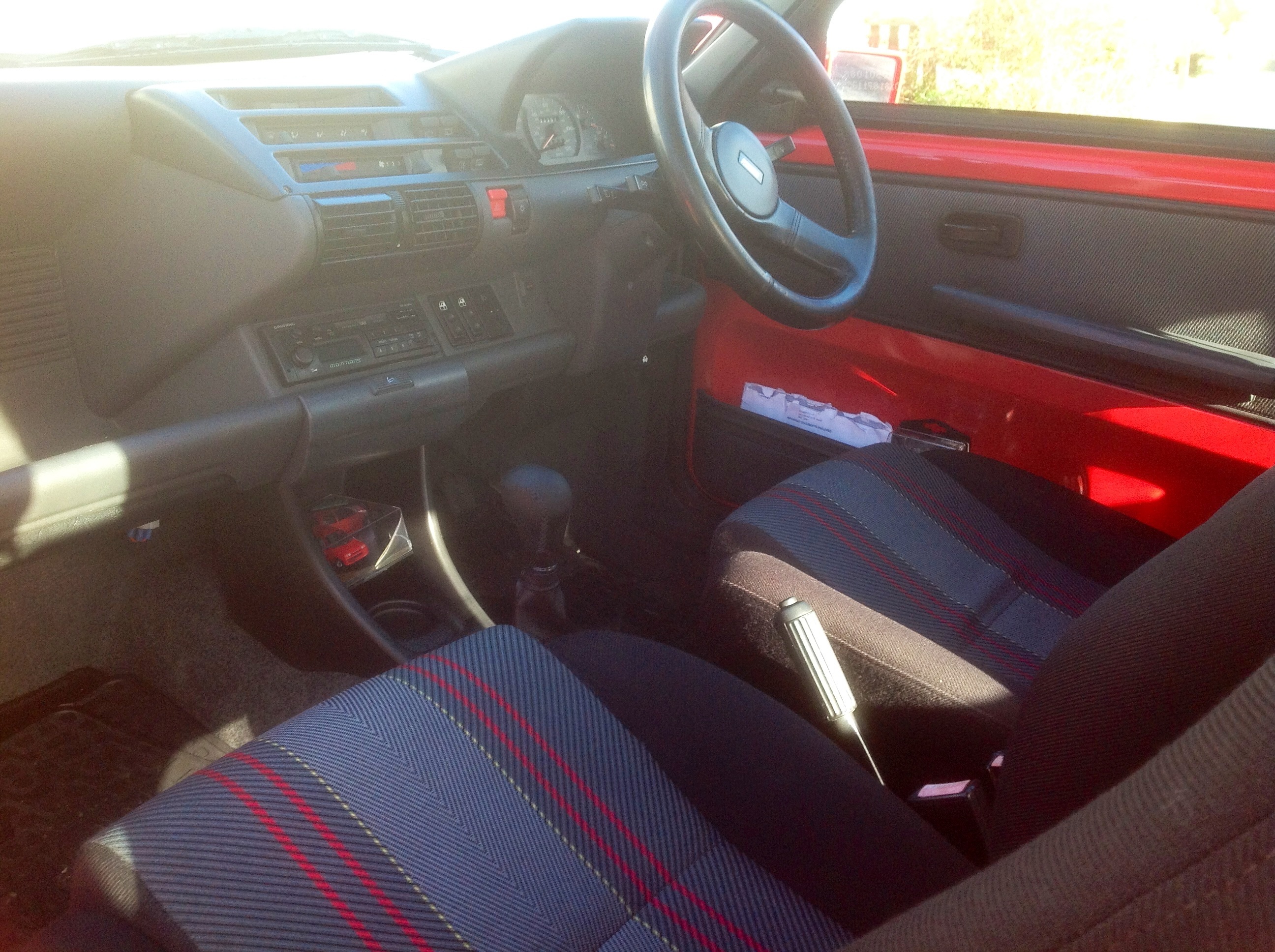 I thought I would post a few pics of cinq. Some of you will recognise it as it belonged to Urchin and I bought it from Paula over the new year.

It wasn't without fault and has had a some garage time getting it running, but now its working lovely and I have a boot fully of spares.

It's a great little car and such fun to drive compared to my big zaffy and surprisingly nippy.

Its pretty standard and unmolested other than the jan speed exhaust. I was told it has a blitz chip in the ecu which when compared to the standard ecu it now has on it it makes a noticeable difference.

The paint work is a bit pink here and there and the lacquer is peeling in a couple of places, but other than that it is a very clean example without rust. I would love to have it respray but the cost outweighs the value of the car. So if there is anyone in West Yorkshire who has their own sprayer it would be good to hear for you!

Inside is like new, no joke, like new, including the original stereo and factory matts which are being protected by rubber matts.

Would I sell it, erm yes, but only if I could get a nice classic Panda with the proceeds.