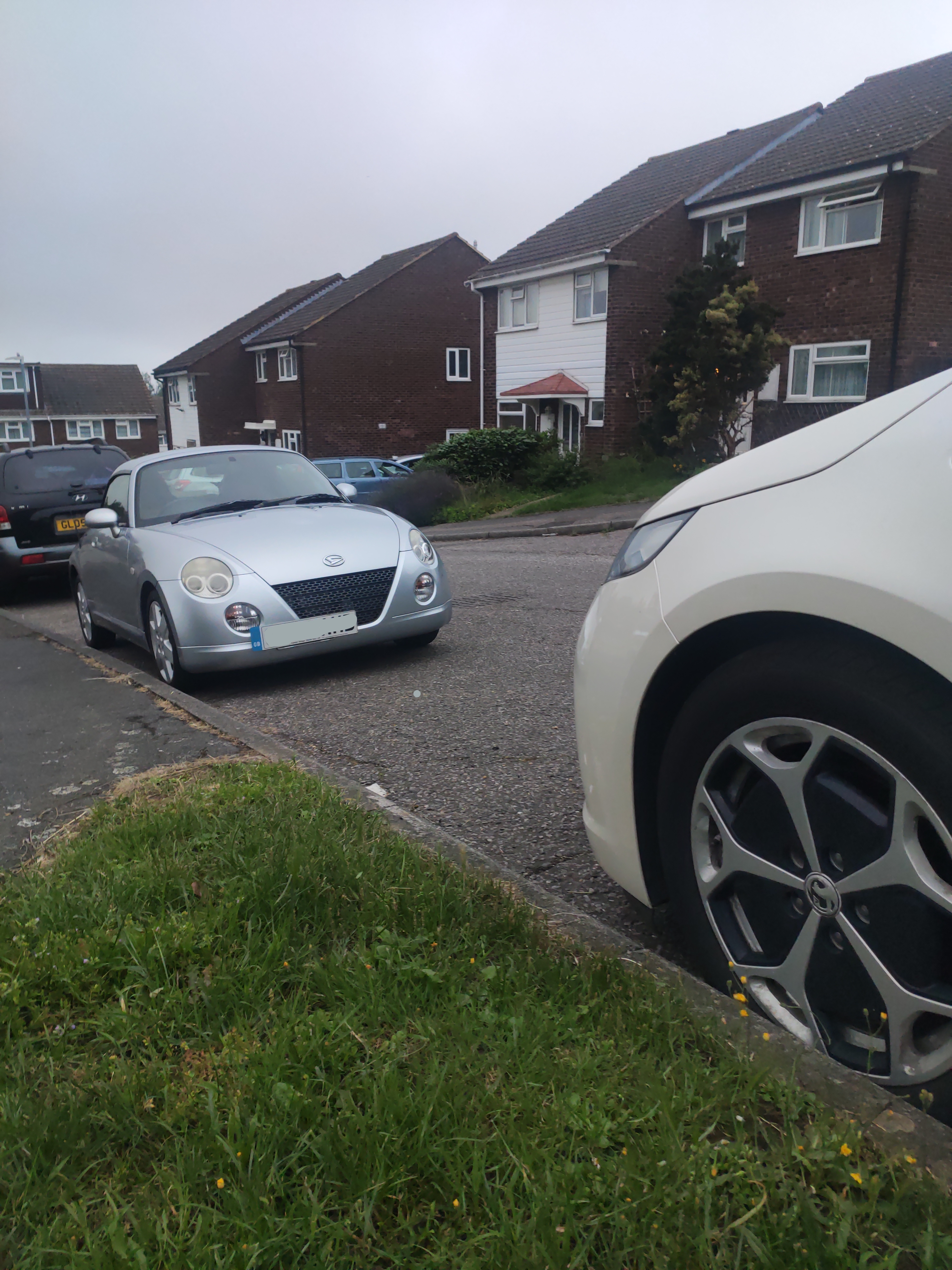 Well here we go again... :devil:
Been wanting a little side project for a while as the daily commute is incredibly mundane and I want a little fun for the weekends.
I was looking at Cinq's pretty heavily but after being messed around by 2 sellers I started looking more broadly.
Had a keen interest in Japanese kei cars for a while, find the concept fascinating and so here we are
2 weeks ago I scooped up this It reminds me of my 92 Panda in some ways, so small and narrow makes UK roads suddenly feel open and wide, no issue having to squeeze past mums in their LR Discovery on the school run. Being a kei car it is a 660cc turbo as required by the Japanese regulations although it makes an extra 4hp compared to the Japanese sold models due to not having the 64hp cap kei cars adhere to in Japan, so the ignition doesn't retard quite as much to keep the power under that 64hp limit.
It revs out to 8000rpm and has a twin-scroll turbo so boost is pretty even throughout the range
It's got some rust starting to appear but its last MOT was clean sheet, 1 owner from new, serviced annually and covered just 32k miles.

Well he got a little use into the autumn, then sat around for much of the winter until the MOT expired at the end of January where I plonked him in the garage and made it future Dom's problem. The summer months came and I got too busy to do anything with him so sunny days ideal for convertible driving slipped by until I finally took the time to get him sorted. Bought an oxygen sensor but couldn't get my spanner onto it in the tiny engine bay so that was a job I'd pass onto the garage come MOT.
The passenger side headlight had gone particularly cloudy so I used some Meguiars PlastX, its not perfect but it came up better with not too much elbow grease.
Before; 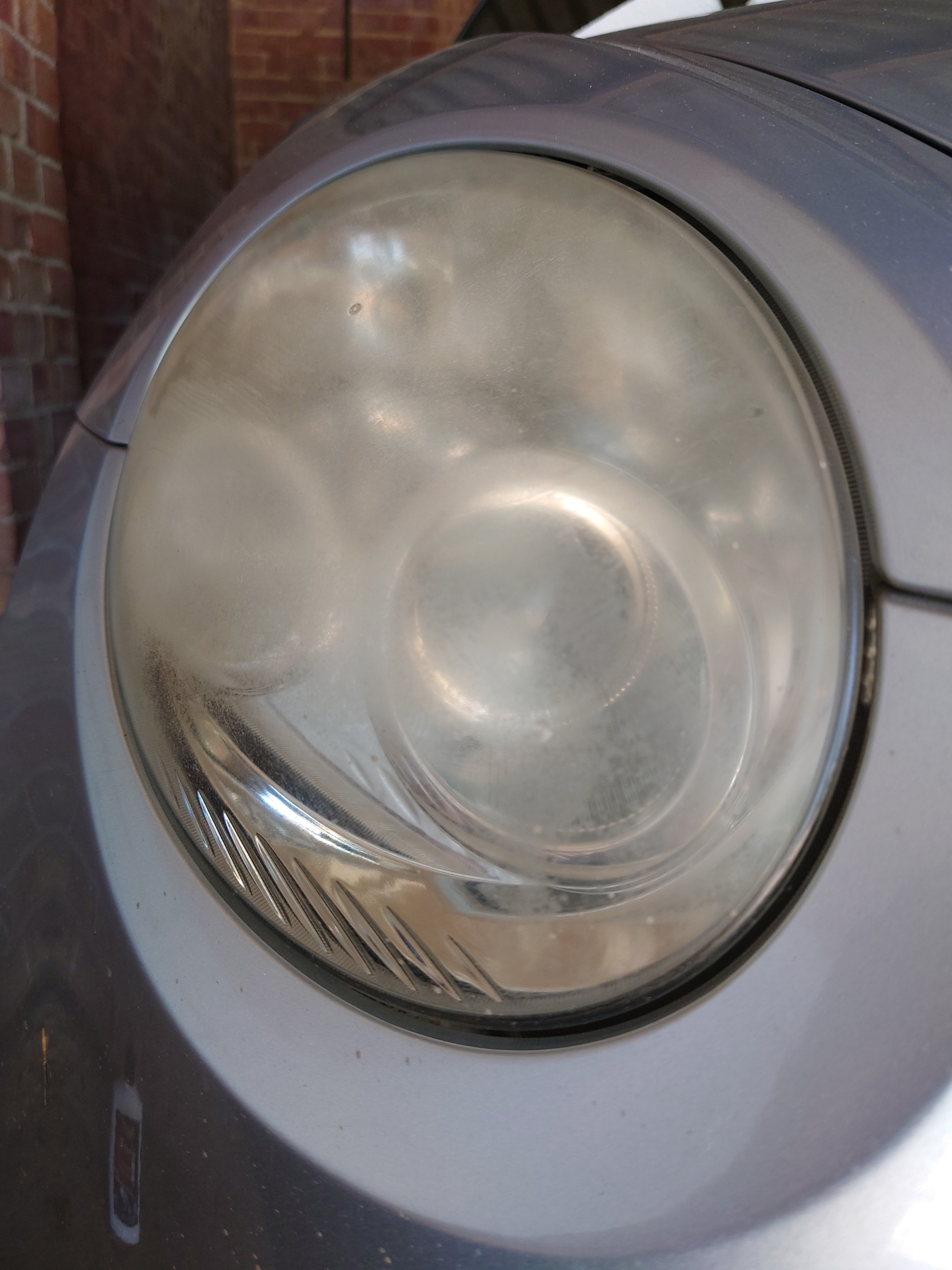 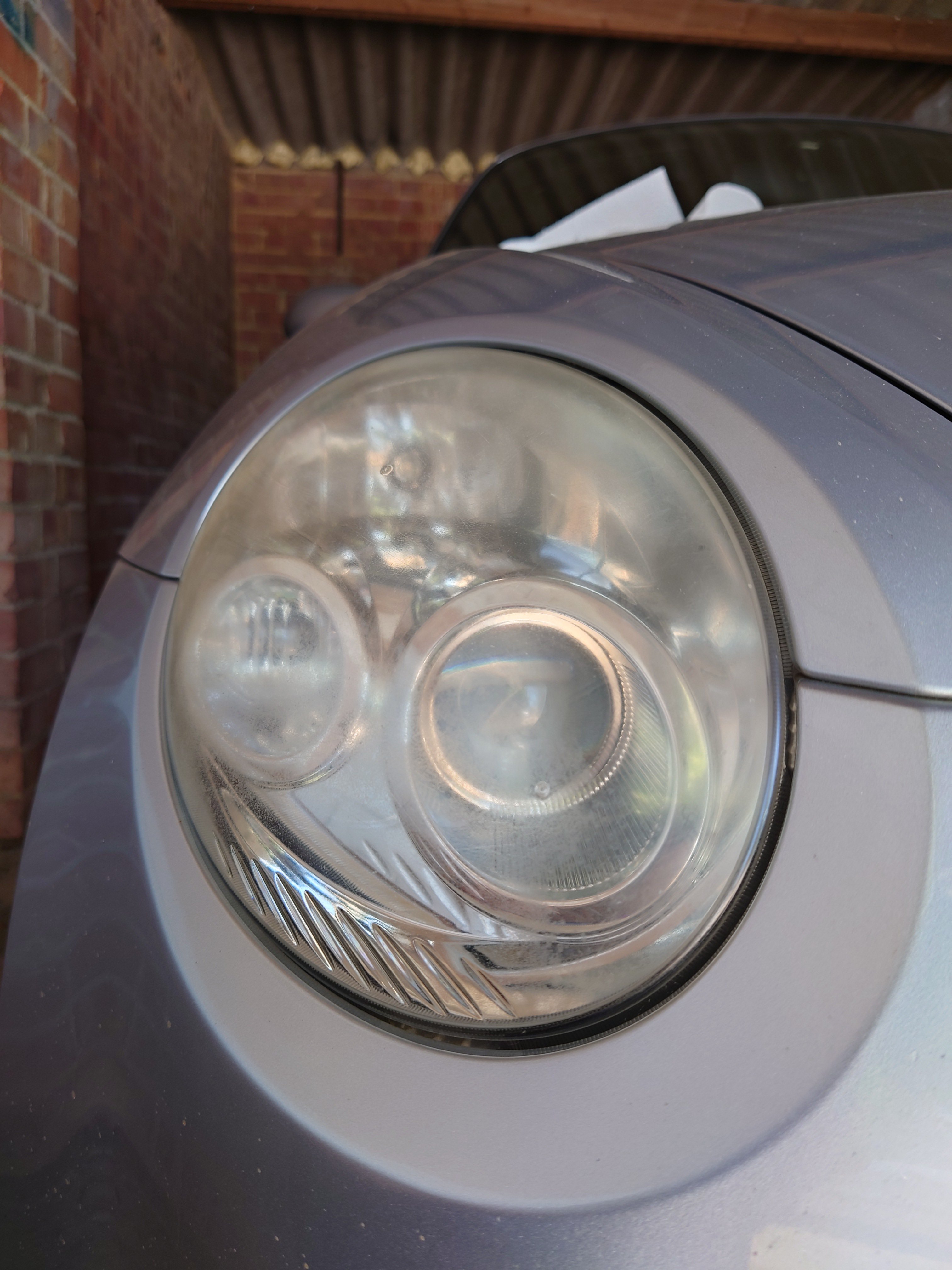 Brushed some of the loose rust from the suspension components, it only appears to be surface rust and nothing too seirous, the sills are ok but they were done about 2 years ago, there's some rust appearing where some of the body panels meet so will have to put that in the to-do list for later on.
He still has a slow puncture, its annoying as the tyre has loads of tread and all 4 are matching. Its an awkward tyre size (165/50/15) which only 2 manufacturers actually make a tyre that size and currently I can't find any stock so again it'll just have to do for now

Got him booked in and off we went to the MOT, just about in the door! 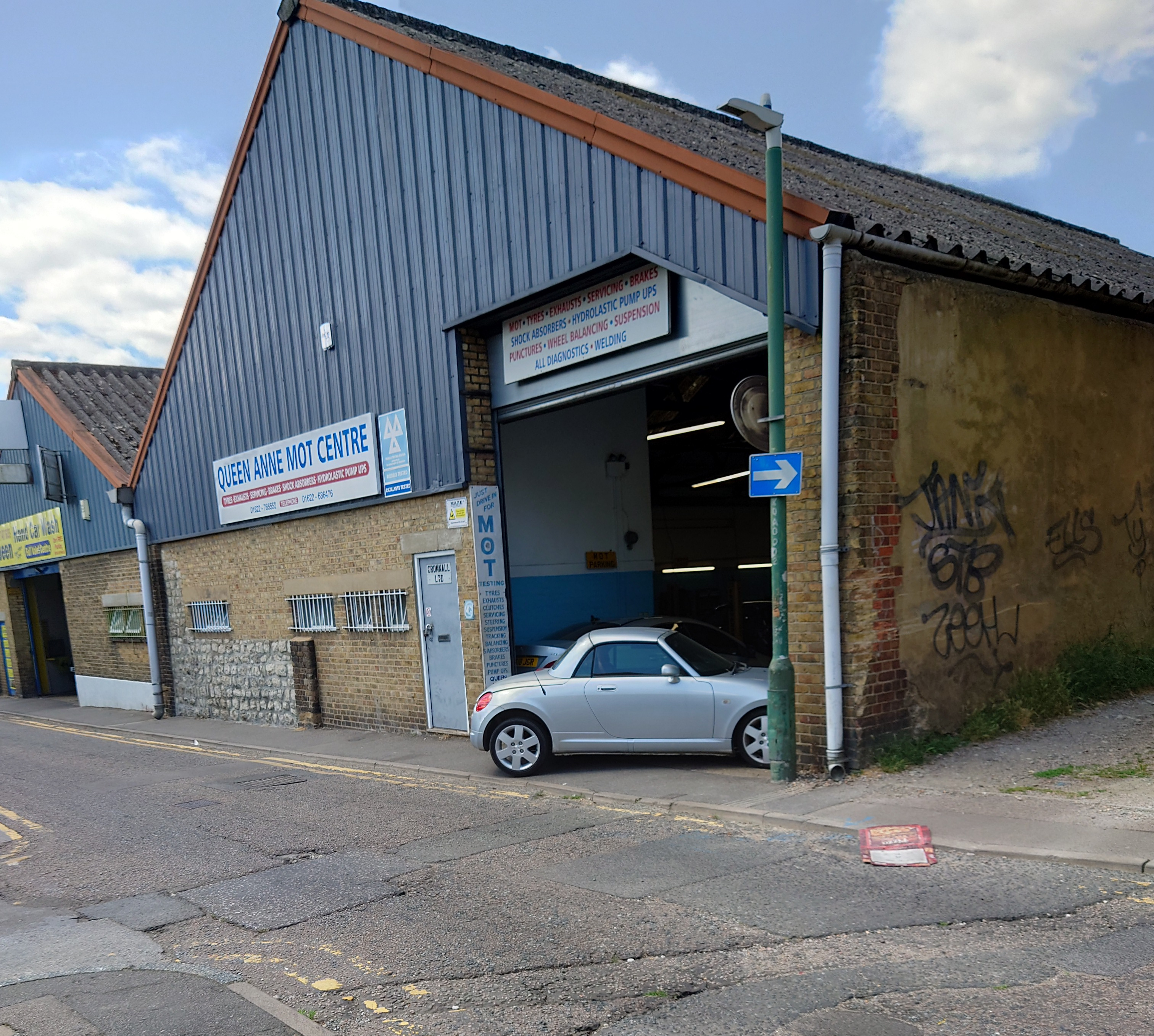 Of course he failed the emissions as predicated but the garage fitted my provided oxygen sensor and he flew through! 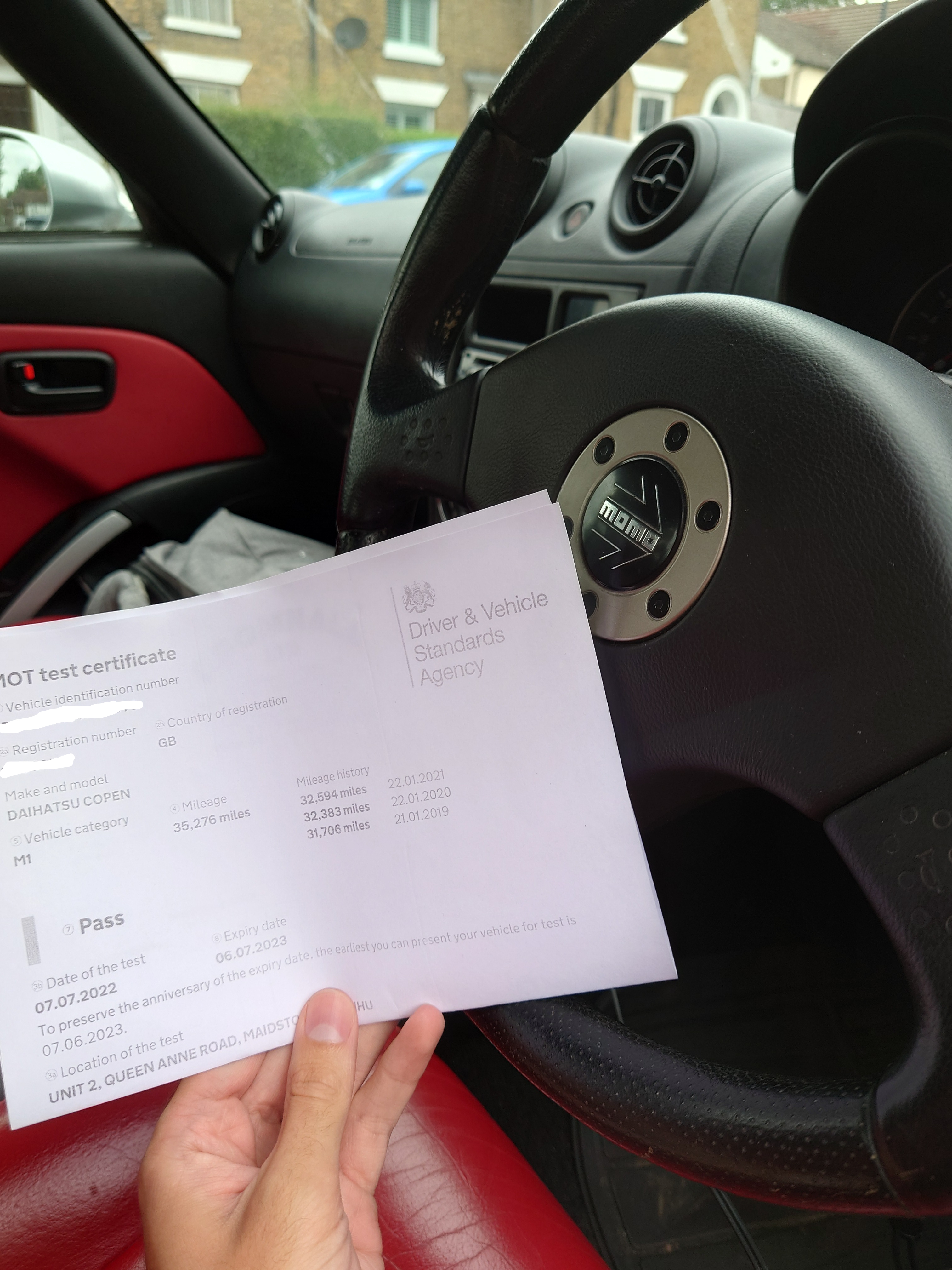 Gave him a full tank of E5, was shocked at how quickly the pump shut off after filling up the Brava's 50L tank on the regular, unsurprisingly filling the 30L tank takes about half the time!