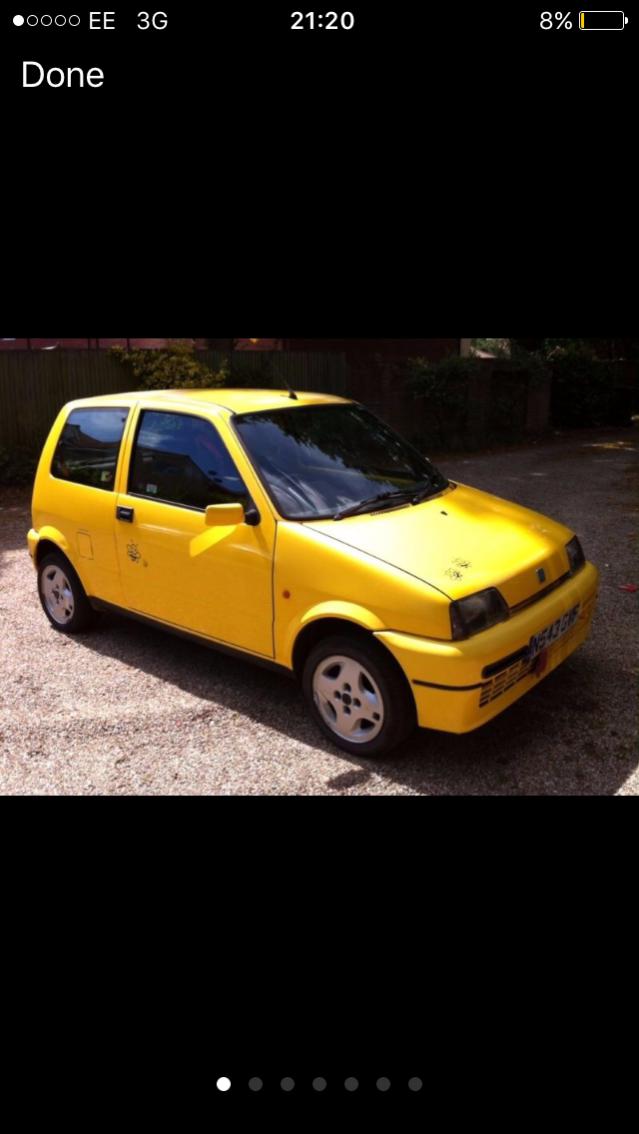 Before we start, I didn't name the thing, my girlfriend did as it's entirely intended to be her car. There's plenty of truth when people call it the cinquecento "bug" to be bitten by, as this is my third cinquecento. I never really intended to buy another one as I had no need but I knew it would happen sooner or later as these are such fantastic, addictive little cars.

The car is on 66k and absolutely, positively boggo standard which is exactly what I wanted. It was only previously by only 2 women, and the only real work it's had done is abit of welding. The car is in okay-ish condition, but the interior is worth mentioning because it's absolutely immaculate. The paint is faded but overall it's a good little car, probably the best one i've bought.

I've got about a year to complete this project, it's not exactly going to be a modification thread, more of a restoration with a few choice things here and there. How could I resist?