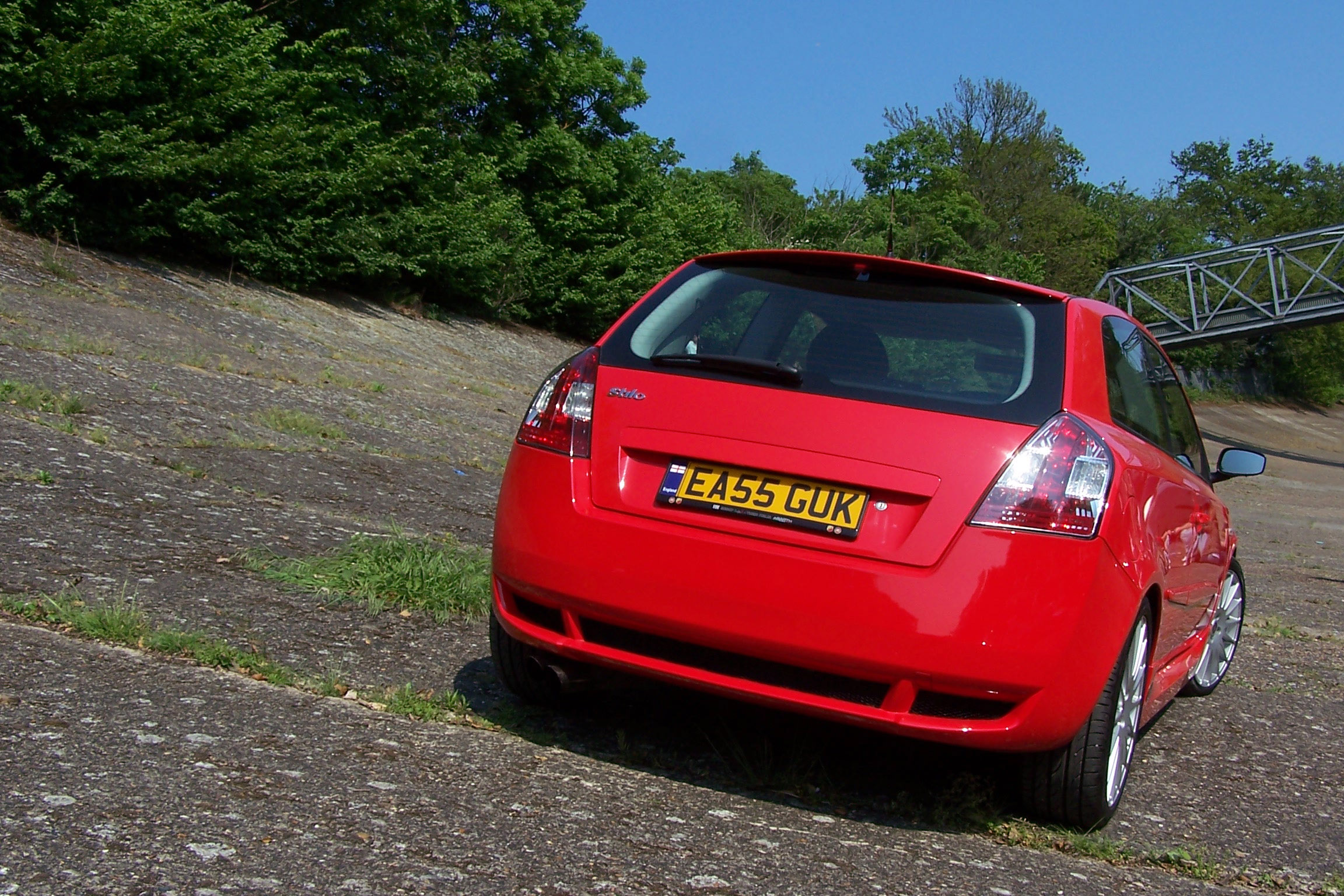 now i've finally got some decent photos of Enzo which don't have my house in the background, i can now show my him off in all his glory! ........so here he is, a 2006 stilo schumacher GP, number 186. He's almost standard only for a few areas. The suspension been further lowerd with Ebach springs, 8mm spacers at the rear, 5mm at the front, red stuff front and rear pads, goodridge braided brake hoses, a GSR induction pipe, and a momo duke gear knob.
standard power for this car is 170BHP, however, being an ex-forum members car, i do have photographic evidence of it running at 204BHP due to a re-map but can't comform that it is still running this modifcation......booooooo

my to do list is as follows.... a front strut brace, a K&N cone filter, removal of the 2nd cat and replace with a new system, and sort the tunes out with a new head unit and base bin in the boot.There are no external "mods" in the pipe line