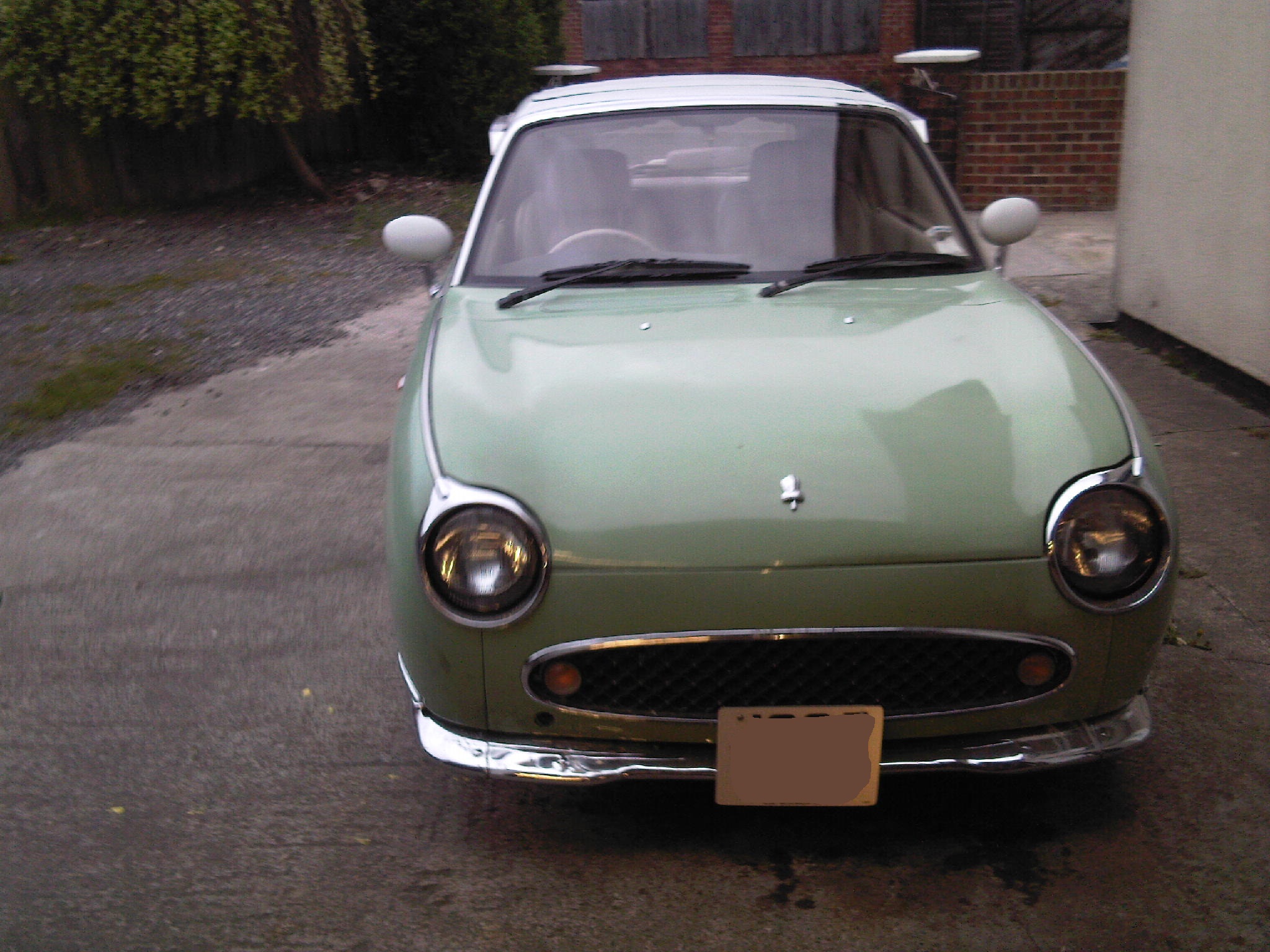 Car for the missus

bought a nissan figaro 1992 with 85k kilometers, has the same engine you get on the mk1 micra super turbo engine 1.1 turbo (however the mk1 micra / march has a supercharger and turbocharger!)
Bought the car from a auction with front end totaled, was driveable but had a major brake problem so the suspension needed sorting out.
resprayed it myself in a mates paint booth and its a professional paint finish!
styled to look manufactured in the 1960's when its a 1990's car and it has a roof same as the fiat 500 CC! lol
these only come in auto so she shud get used to no clutch lol
she loves the car and i bought it as a bday prezzie after passing her driving test