Well after asking 9 years ago I finally bought one!

I've always loved the Brava, the slightly quirky styling always appealed to me and all those years ago asked on this forum what they were like I never did buy one (although they were plentiful and cheap at the time, not so much now!)

Finding a for sale Brava over the past few years hasn't been easy so when this one popped up with just 29,000 miles I leapt at it.

Crap photo since it's been dark and/or raining everyday since I've had it.
It's got a few parking marks which I think will polish out and a dent on the bonnet (not too sure what to do about that)
Small list of things to do of course, its a 20 year old Fiat after all
Reactions: jackwhoo, ben and blu73
Share:
Facebook Twitter Reddit Pinterest Tumblr WhatsApp Email Share Link

Sadly he's now been moved on, would've liked him to go to a forum member but couldn't wait around forever. Fortunately not going as scrap and will be used, plenty of life left to give! At least I had my chance at Brava ownership!

Sadly I'm having to shed my outgoings as I'm in the process of buying my first home! Rather bittersweet that the Brava has to go, two lots of tax & insurance hits my monthly outgoings a bit too hard for the lenders to accept. Out of the two cars the Brava was really my workhorse for commuting and since the house move also involves a job move I'm no longer commuting so Brava needs to be shifted.
The bonnet catch is finally sorted, I took it apart completely and scrubbed all the rust from the latch. The cable has some adjustment where it meets the catch and I expect its stretched over the years a touch so I've moved it along one and now it works flawlessly.
Since finding the drain hole for the scuttle I have fully de-sludged it and even in our most torrential rain of recent the wipers have been working happily so the two major things that would fail an MOT are now sorted.
Car is for sale here would love for him to go to a forum member who will look after him.

A series of unfortunate events

He's just been getting used for the commute and the miles have been piling on, oil & filters will be due in another 2-3 months. Averaging high 40's mpg with my gentle driving which is a must at £100 a tank...

Sat in the garden the other day and heard a car alarm, thought it sounded very close but didn't immediately investigate, 10mins later popped out and found 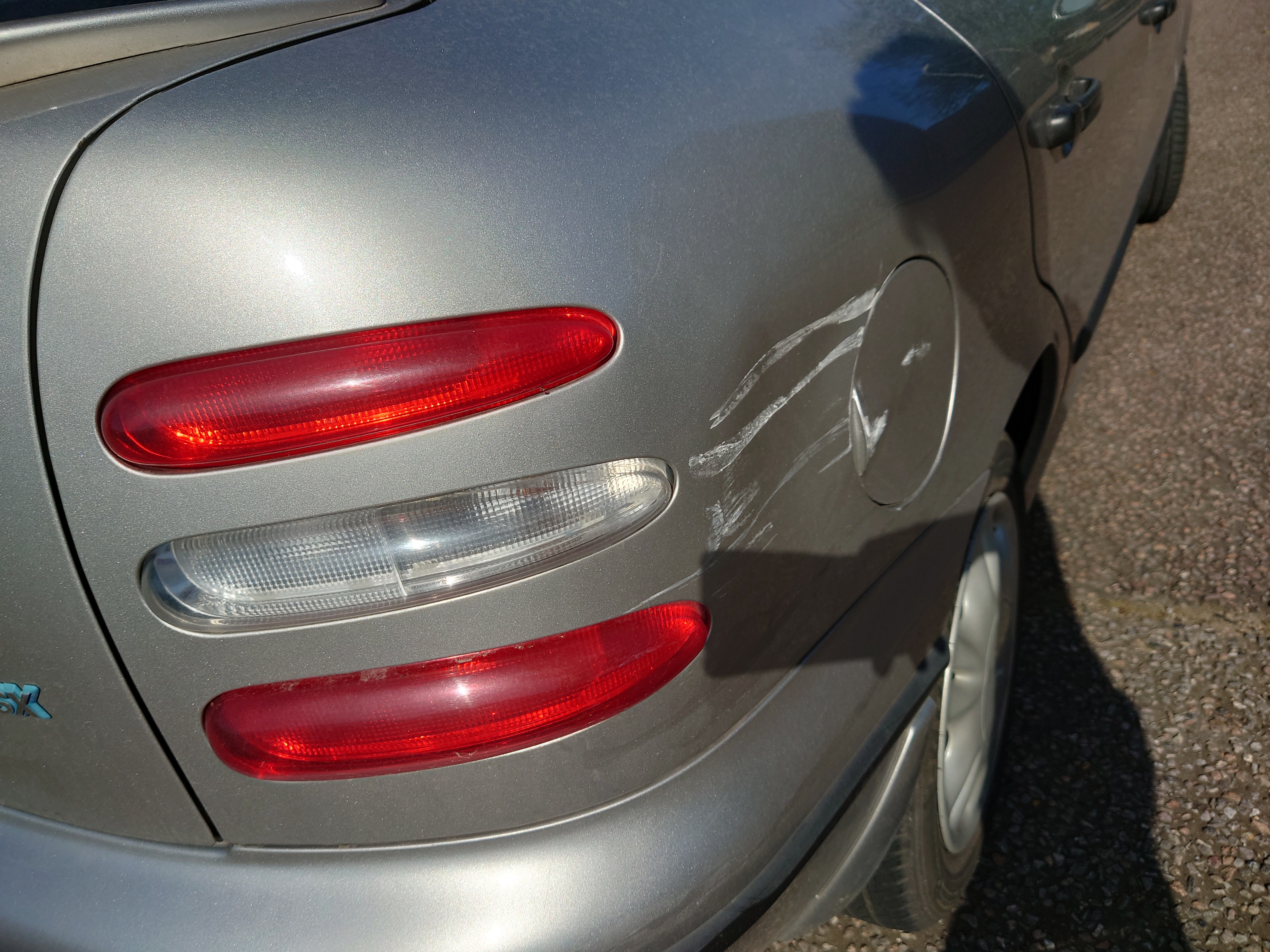 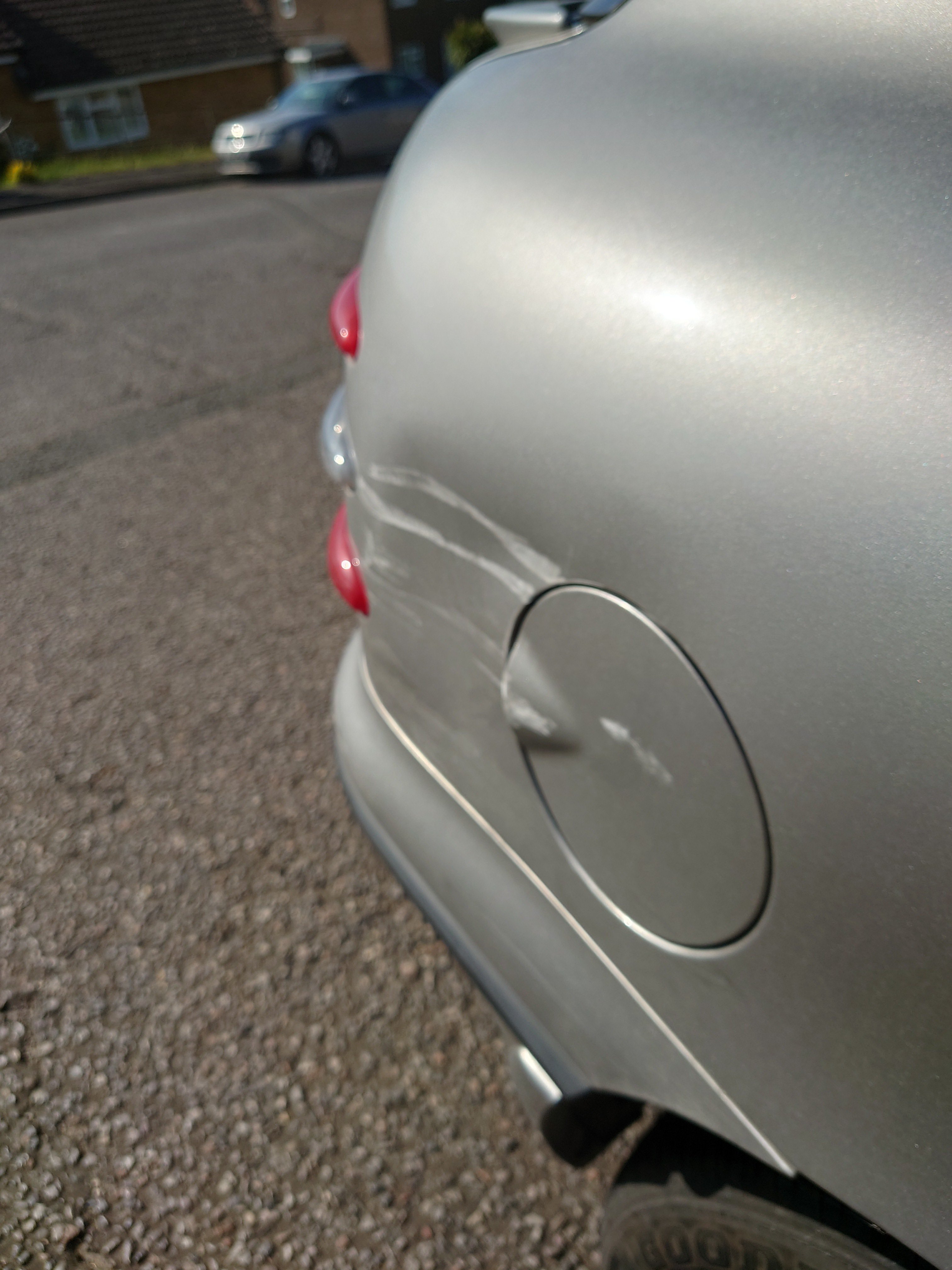 Turns out people are a***holes, obviously no note left. Couldn't see damage on any vehicles parked closeby so they must've fled. Can only hope the damage to their car is more likely to devalue it further than a dent in a 21 year old Brava

Couple of weeks later I'm sat in traffic and I notice the temp gauge has shot up to the 11 o'clock position. I turned it off immediately and plugged in my OBD, 112c on the coolant . Fortunately I was only a few miles from home so after letting it cool I made it back.
I let the car get hot and checked the fan would cycle on, it did indeed but temps would climb to 100 in not too long (100 is also the point where the temp gauge moves from the normal 9 o'clock position, still better than a too late light)
The coolant level wasn't particularly low but I topped it up (once cooled down) and ran with the cap off

Well lots of bubbling and ejected coolant followed, I decided to just change the whole lot. 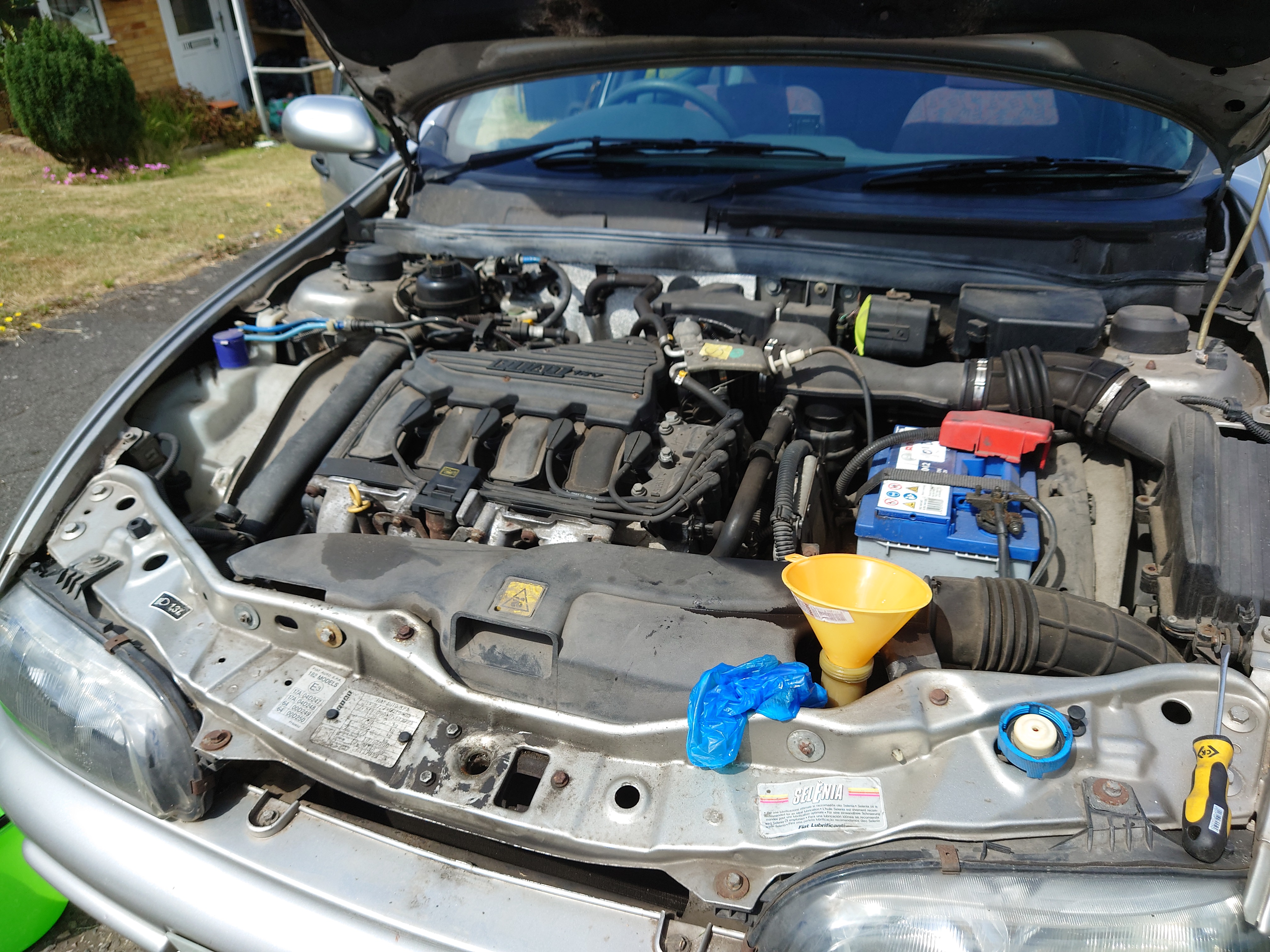 Fresh coolant in and bled, I'm not 100% happy with it, coolant never seems to come out of the upper radiator bleed screw, all the hoses are getting hot, t/stat opens around 88c and fan kicks in at 94 and quickly drops to 84 so its all working properly but I have no idea why the bleed screw never ejects any coolant.
I monitored it for a few weeks and its been working reliably even in the extreme temps so its a case of if it ain't broke don't fix it, for now

If only all of them could be in this condition
Reactions: Didge3

Didge3
All of them should have multiple dents and scratches then? At least he's mostly free from rust unlike most I suppose! You've not seen him in person to be a true judge of his "character"