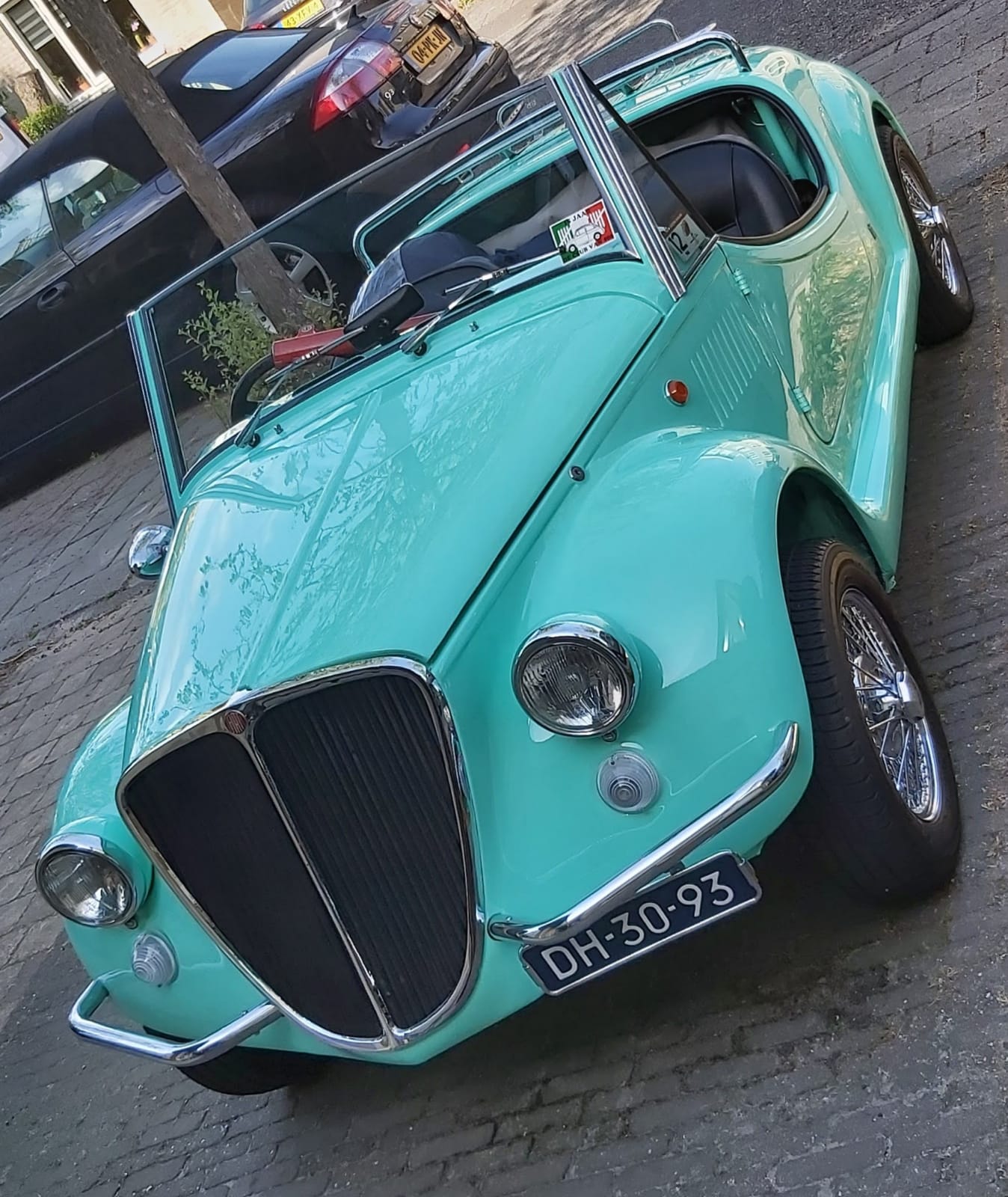 My Vignale Gamine was probably sold in 1968 by Frixos Demetriou in the UK. The owners took the car with them when the emigrated to Australia.

In 1992 I found it there after it had been sitting -probably with a dead battery- for the previous six years. Carol Grace, married to one of the Grace Brothers, sold the car 'as is' to me. With the help of a borrowed battery & some work on the ignition points, I got it running for about 20seconds!
I then flew it to Amsterdam (...) & worked on some minor stuff (brakes/EU- lights, some other MOT-stuff) to get it registered in the Netherlands. Next, we drove it for 25 years. 2 longer holidays: one time with a car-train to France, driving back via all the small coastal roads & the second time to Lands' End in Cornwall & back.

In 2017 it was finally time for a bare metal restoration. New front wings -lucky to find them years before- and back to her original color.