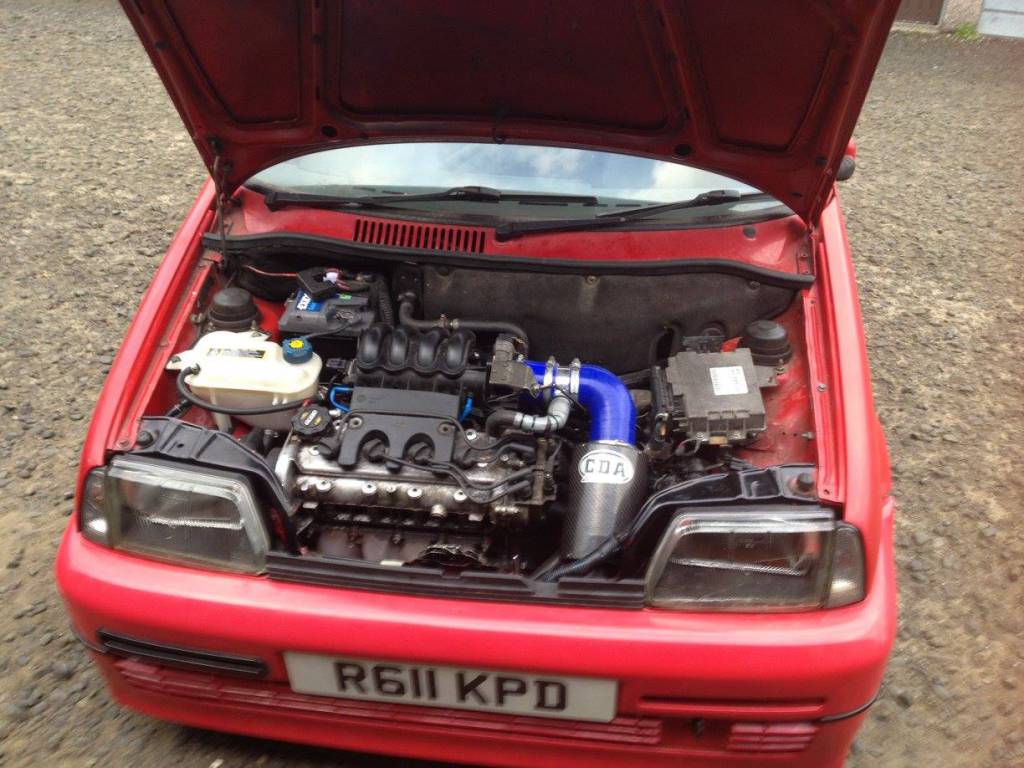 I've thought long and hard about this, but it's time to sell my 1.2 16v Cinquecento.

I've owned the car for nearly 10 years, It is currently dry stored and to be honest, it doesn't make sense having it tucked away, with the risk of the garage being broken into (which has happened 3 times in the past few years) and getting damaged or more parts stolen. It's a constant risk, worry and expense for rental, when really, the Cinq should be out in summer and being enjoyed.

The car itself was taken off the road in 2016, it has no real issues. The reason it was taken off the road was purely down to working somewhere that was along 2 absolutely horrible, potholed, partially collapsed roads and the car park itself being no better. Combined with the job itself being one i had to get to in all sorts of weather, in the early hours of the morning and often trips out into the countryside in winter, the mix of risking/damaging the Cinq on the bad roads at work via grounding out, and getting stuck out in the countryside was just too much. Especially as so much driving on these roads was in the dark, it's easy to miss potholes and ruts. I ended up buying an old Land Rover as it was more suitable for my daily needs, and having got used to that i just don't see myself going back to the Cinq. It simply doesn't fit my needs. I achieved what i wanted to do with it, fitting the 16v conversion, enjoyed it on the road like that and now it's just time to move on to a new home. Probably one of those car sales i'll always regret, Indeed, the garage that i always use for MOT's were stunned when i told them i was planning to sell and said it's a car that you'd not let go if storage was no issue.

The amount of history It comes with is second to none. There's a folder full or receipts, invoices and previous MOT's from previous owners (most of whole have been enthusiats on Fiat Forums). Off the top of my head i can't remember the exact amount of money all these total, particularly as a lot more has been spend since in my ownership, particularly with the engine conversion, but i believe it's well north of £20,000 worth.

Here's a rundown of the spec

Issues-
It was never built as a &quot;concourse show car&quot;, more, &quot;rough and ready, built to be driven&quot;.
Some lacquer peel on rear spoiler
Front passenger side wing was replaced (due to rust bubbling) and the finish isn't the best, looks fine from a few feet.
Rear hatch was repainted along with the wing, again, finish isn't great but far, far better than it was when i got the car (where it was pink and cracking on where the boot lock used to be, rectified on painting).
Crease/dent on outer skin underside of drivers side sill. Not really that visible unless under the car (i believe some ham fisted oaf jacked it up on the outer sill at some point in its life)
Cigarette lighter socket doesn't work (This was due to some horrific wiring bodges under the dash due to a previous sub/amp install), I have rewired the dash and just never got around to reinstating the socket. All other electrics work exactly as they should. All lights, gauges all working.
Various bumper scapes and car park dings, the usual age related marks.
Slight raised point in bonnet (which i'll cover on the mechanical side).

Will need new battery. I fitted new one 2 years ago but it's been dead a while with no running and doubt it would hold charge now.

Very little! being totally honest, it was running 1 different type of spark plug lead because the one on cylinder 1 partially popped off a couple of times, i believe it may have a tiny, tiny compression leak that only becomes evident after a few hours of running, perhaps the thread of that spark plug needs cleaned. Engine shows no running signs of losing compression and a lead with more breathing space around it never popped off again so i just left it.

Sump showing age, a little bruised and syrface rust showing, but leak proof, as is the rear silencer (dangers of a low car).

Throttle cable bracket runs very close to bonnet (Hence the slight raised section of said bonnet, could probably be 100% fixed with a bigger hammer or a grinder to shave a little off).

Exhaust/cat runs very close to front ARB and can rattle off it a little at idle depending on angle car is parked at. Doesn't do it on the move or on gearchanges.

Upon rebuilding, emissions were tricky at first. because of the location and free flowing sports cat, it needs to be VERY hot to become effective. It sometimes takes a few attempts but once it's there, it absolutely sailed the emmissions test.

Issues- Slight seepage at mating point of coolant pipe and radiator. An issue every cento i have owned has had. I call it &quot;cento drip&quot;. Cools perfectly, fan comes on and goes off as it should etc. Just need to keep an eye on levels every few months (it needed topped up once in the last year it was on the road, but was still above minimum).

Issues-
Handbrake adjusters always gradually sieze up over the year, a quick tap with a hammer on the adjusters near MOT time always frees them off and has them working perfectly again for about 8 full months before it starts to feel tighter again.

14&quot; Compomotive MO5's (White) with silver center stubs
195/45 tyres
New Spax spings all round with 60/40 drop over standard
New Spax shortened shocks on front.
Custom rear anti-roll bar setup (believed to be the first one in the UK to have one at the time).
New ball joint dirt covers
Locking wheel bolts (with the key)

issues- Some kerbing to the alloys
Tyres are mismatched, currently 1x Uniroyal rainsport and 3x Falkens
OSR Falken needs replaced, very slow puncture (takes a few weeks to go soft, low on tread anyway.)
1 of the compomotive alloy centre cap/stubs is a bit dented.
NSF hub could do with replacing, 3/4 wheelbolt threads perfect, the other torques up but seems to chew the bolt thread up when it's removed again.

Not really an issue, but i should mention the front wheels run very close to the track rod ends. So close in fact, that when it is up in the air and on full lock, the wheels foul them. This however doesn't happen under load, but it's often an issue at MOT time and something that always need to remind the testers about. Can easily be checked with car on the ground and a piece of card easily passes between the wheel and TRE.

And that's about it.

As part of the whole package, i'm also including a bunch of spares and mod parts,

I can also include (for the right deal) a set of Recaro part leather capri front seats that came with the car, but i replaced for the sei ones as in my driving position, they hurt my hip (i'm 6ft 3 and the angle it made my leg sit at for the throttle didn't work for me as they were too low for day to day driving in my opinion, great for a track that can also be used on the road, though, and with modification to the mounts on the rails, could be lifted).

It currently has no MOT, again, for the right deal i can put it through one, but given the lack of time i have to work on it and my daily Land Rover being, well, a Land Rover and also needing work of the &quot;cut off this and weld in new metal&quot; variety, i would rather sell as it is.

Cinquecentos have reached that point of rarity and desirabilty where they are well into fast appreciating modern classic teritory, finding a solid, clean example with this much documented history of work and new parts and this much work done is rare enough, finding one which has this conversion done on top of that and all these extras thrown in? along with the unique points such as the rear ARB setup?, we're in unicorn teritory. My plan if i was to have kept it was to eventually tidy up the last few issues and bodyshell back to showroom condition.

It's not perfect, but is solid. It was built with daily driving in mind and there have been no shortcuts in making it as reliable as it can be for what it is. i assume this is a car that will only appeal to Fiat enthusiasts, hence the absolutely honest and in depth ad. I fully expect anyone interested will know their stuff and i want them to enjoy the car as i have, so have been as in depth as i can be.

For anyone who thinks they can build similar, still buy a clean shell for £50 and spend about £600 on the rest of it, good luck. Even assuming the shell is good, I can assure you that (having done this and with the receipts to prove) to do this 16v conversion yourself to a good standard, it's north of £3,000 if it all goes well. Add in brakes, suspension, trim, wheelsm tyres etc, nearer £5k. That's without the catalogue of spares etc and assuming it's all done yourself, and a huge amount of hours of work.

Having done it, having the experience of building it and knowing exactly how to do it and what to buy (and avoid), i could honeslty not build this car from the ground up for a penny under 5k today. I would probably be budgeting nearer £7k if i had to build a replica of this car with a clean sheet of paper. Obviously they are never worth what money they would cost to build, though!

Yes, a lot &quot;for a Cinq&quot;, but with values as they are, the history and the cost of build for a comparative one, plus the spares, that is a fair price.